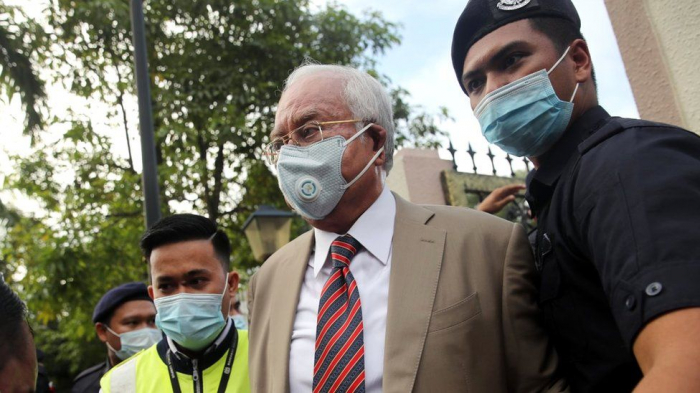 Najib was found guilty last year on all counts in the first of several trials he is facing related to the looting of the 1Malaysia Development Berhad sovereign wealth fund.

The 67-year-old, who remains free on bail, and his cronies were accused of stealing billions of dollars from the investment vehicle and spending it on everything from high-end real estate to pricey art.

On Monday, Najib began his first challenge at the Court of Appeal, declining to comment to reporters as he arrived.

"There is a total breach of fair trial -- unheard of," defence lawyer Muhammad Shafee Abdullah told the court as proceedings got under way.

Anger at the plunder played a large part in the shock loss of Najib's long-ruling coalition at elections in 2018, and he was arrested and hit with dozens of charges following his defeat.

Following a lengthy trial, Najib was found guilty of abuse of power, money-laundering and criminal breach of trust over the transfer of 42 million ringgit ($10.1 million) from a former 1MDB unit to his bank accounts.

As well as the jail term, he was fined almost $50 million. He denies any wrongdoing.