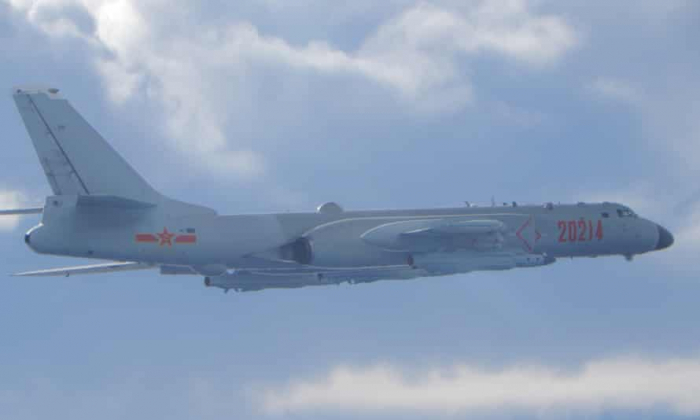 Taiwan’s Defence Ministry on Monday reported a new incursion by China’s air force into the island’s air defence identification zone, made up of eight fighter jets and two other aircraft, one of which flew through the strategic Bashi Channel, AzVision.az reports citing Reuters.

Chinese-claimed Taiwan has complained over the last few months of repeated missions by China’s air force near the island, concentrated in the southwestern part its air defence zone near the Taiwan-controlled Pratas Islands.

Late last month Taiwan reported 20 Chinese aircraft were involved in one such incursion.

In the latest incident, Taiwan’s Defence Ministry said four Chinese J-16 and four J-10 fighters were involved, as well as an early warning plane and anti-submarine aircraft, the latter of which flew to the south of Taiwan through the Bashi Channel that connects the Pacific to the South China Sea.

Taiwan’s air force sent up a combat air patrol and warned the Chinese aircraft away, the ministry added.

There was no immediate response from China’s Defence Ministry, but the flights coincided with other Chinese military activity to Taiwan’s north.

Japan’s Defence Ministry said on Sunday that the Chinese aircraft carrier the Liaoning, accompanied by five escort ships, had transited the Miyako Strait on their way to the Pacific.

Though China’s air force has not flown over Taiwan itself, the flights have ramped up pressure, both financial and physical, on the island’s air force to ensure its aircraft are ready to go at any moment in what security officials describe as a “war of attrition”.

China views democratic Taiwan as its own territory and has never renounced the use of force to bring the island under its control.

While Taiwan’s air force is well trained, it is dwarfed by that of China’s.