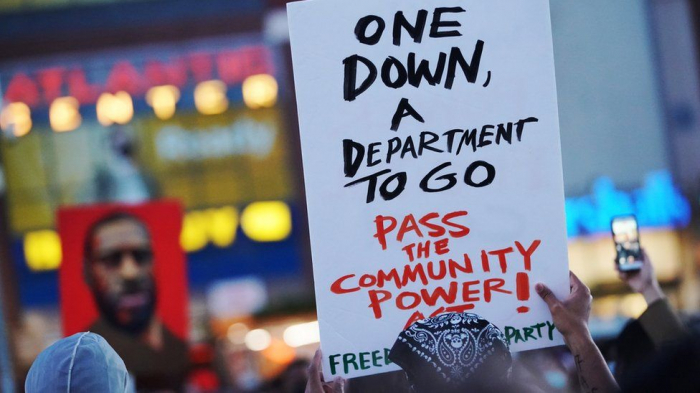 A US federal investigation has been launched into policing practices in the city of Minneapolis, a day after one of its former officers was convicted of the murder of George Floyd, AzVision.az reports citing BBC.

The justice department will look at whether there has been a pattern "of unconstitutional or unlawful policing", Attorney General Merrick Garland said.

It follows national outrage over the killing of Mr Floyd by Derek Chauvin.

The former officer was convicted of all charges against him on Tuesday.

Chauvin was filmed kneeling on Mr Floyd's neck for more than nine minutes during an arrest in May 2020. Mr Floyd, an unarmed African American, was pronounced dead an hour later.

His death sparked protests across the US and worldwide, and calls for police reform.

Tuesday's verdict has been widely welcomed in a country where police are rarely convicted - if they are charged at all - over deaths in custody.

But Mr Garland told reporters the verdict would not "address potentially systemic policing issues in Minneapolis".


More about: US   Minneapolis