Journalists to visit the "Victory Road" in Fuzuli district of Azerbaijan 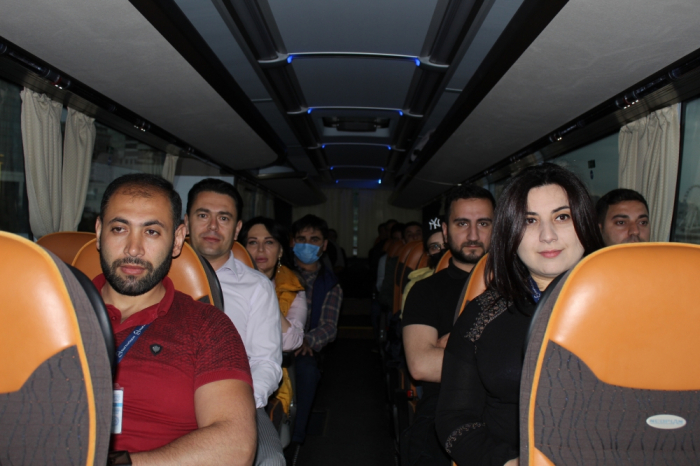 On May 6, Azerbaijani media representatives will visit the Fuzuli district to get familiar with the construction of the "Victory Road" and the Ahmadbeyli-Fuzuli-Shusha highway in the district, AzVision.az reports.

The visit was organized by the Azerbaijan State Agency for Automobile Roads.

Journalists will be informed about the construction of the "Victory Road" and the Ahmadbeyli-Fuzuli-Shusha highway, which is a moral symbol of the liberation of Shusha city from the Armenian occupation.

Note that, the Azerbaijani Army liberated the Shusha city from the occupation on November 8 during the second Nagorno-Karabakh war which lasted for 44 days. The war started on September 27 when the Armenian Armed Forces launched a large-scale military attack on positions of the Azerbaijani army on the front line, using large-calibre weapons, mortars and artillery and lasted until November 10. Until November 10, the Azerbaijan Army liberated some villages and cities of Fuzuli, Jabrayil, Gubadli, Zangilan, Khojavend, Khojaly, Terter, Shusha and Lachin districts.