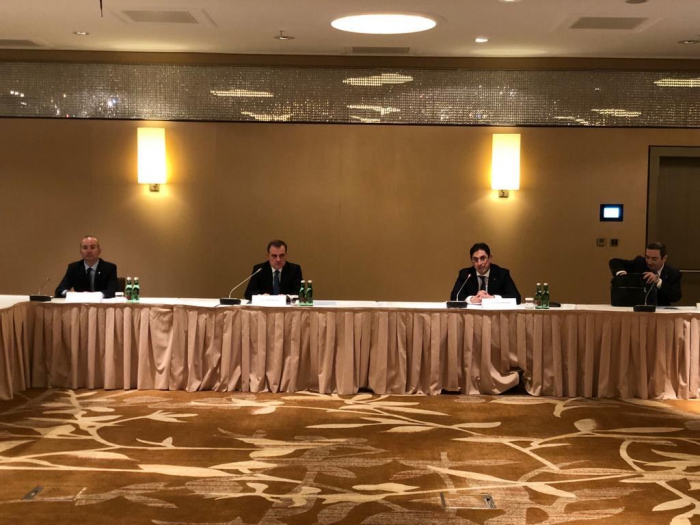 During his working visit to Austria Minister Jeyhun Bayramov met with representatives of the Austrian Azerbaijani Chamber of Commerce and the Austrian-Azerbaijani Cooperation Council.

During the meeting, the Minister briefed on the new realities in the region after the conflict, the restoration, and reconstruction of the liberated territories, the creation of a "green energy zone" with the application of new technologies in these areas, as well as "smart city" and "smart village" projects.

The possibility of participation of Austrian companies in these projects was noted, and it was recommended to make concrete proposals in this regard.