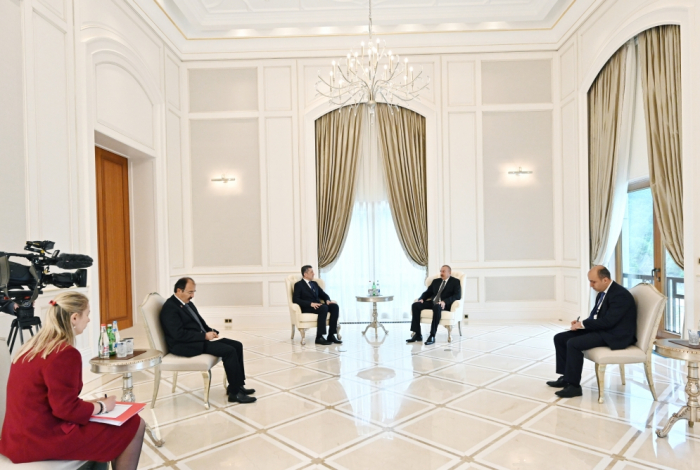 "I have already ordered that the subject of the second Karabakh war be included in history books in our educational programs, schools and universities. Our relevant agencies, including the Ministry of Education, are working on this issue to study our glorious history," Azerbaijani President Ilham Aliyev said, receiving Minister of National Education of the Republic of Turkey Ziya Selcuk.

"Because the international media are still publishing false and distorted information about the second Karabakh war. Therefore, we must convey the true story based on facts both to our citizens and to the world. I do hope that this issue will be reflected in Turkish history books too, especially if we consider Turkey’s great political and moral support for Azerbaijan since the early hours of the war. My dear brother, President Recep Tayyip Erdogan made statements from the first minutes and from the first hours, saying that Turkey stood by Azerbaijan. This was of great moral and political significance. In 44 days, Azerbaijan restored justice, its territorial integrity and ended 30 years of occupation," the head of the state added.