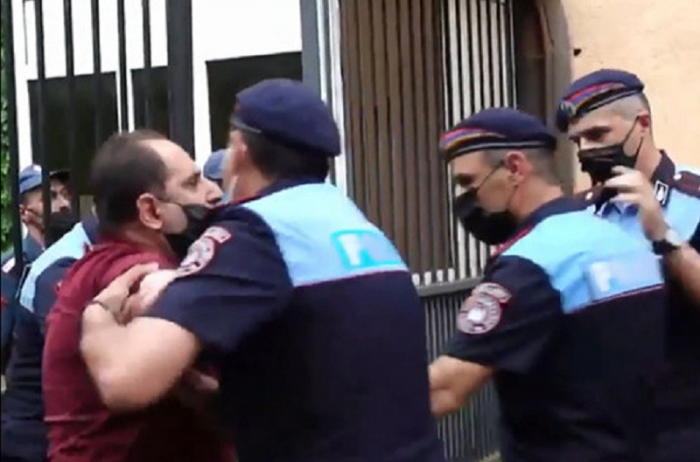 Relatives of missing Armenian servicemen on Monday blocked one of the streets of Yerevan from both sides, AzVision.az reports.

They accuse the authorities of keeping the bodies of the Armenian servicemen killed during the 44-day Karabakh war in fruit refrigerators in order to avoid a scandal.

After examining the official data provided to them, the parents found out that during the search operations in Karabakh, fewer bodies of Armenian soldiers were found than the number of servicemen who ended up in the morgue.

According to the protesters, this confirms the information that the bodies of their children are stored in refrigerators, and the authorities are doing this deliberately in order to hide the really large number of corpses taken to the morgues. Soldiers' parents urge everyone to join their protest action.

From the very first days of the war, information was spread that the bodies of thousands of killed Armenian servicemen were stored in the refrigerators of the "Spayka" company so as not to spoil the Armenian lie from the "we won" series.