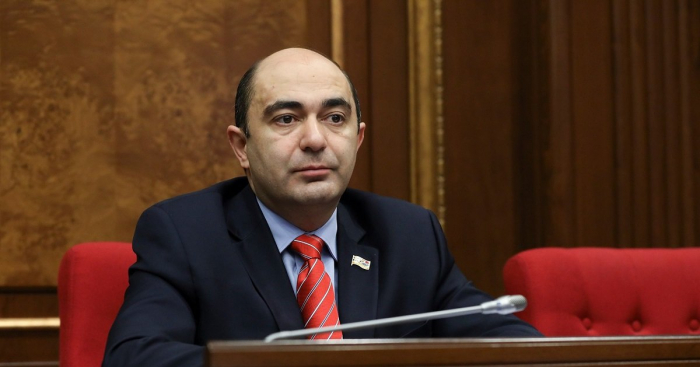 “The state administration agencies of Armenia are in chaos. Indeed the state system has stopped working. The consequences of this chaos are visible, including in the example of a series of sensational murders,” the leader of the “Enlightened Armenia” party Edmon Marukyan told reporters, AzVision.az reports citing the Armenian media.

"We see that the state system does not work. It is manifested differently in each sphere. In the field of health care, the issue is about the remains of dead Armenian servicemen. In law enforcement, it is the murder of a man in broad daylight in downtown Yerevan, " Marukyan said.

Marukyan also noted that many state structures and officials of Armenia have taken an expectative position on the eve of early elections. They are waiting for the election results to understand how to be themselves and what to do. In the midst of such shuffle and inactivity, anything can happen including murder.