Turkish Ambassador: Armenians in France have a strong influence on the country's officials 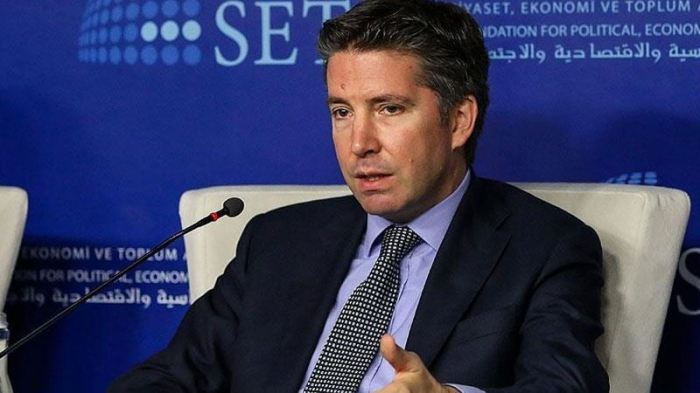 "We will intensify our struggle against Armenian disinformation about Karabakh in France," Turkish Ambassador to France Refik Ali Onaner told reporters.

Ambassador notes, Armenians in France have a strong influence on the country's officials:

"We follow the news about Azerbaijan closely. Turkey has consistently supported the liberation of the invaded territories of Azerbaijan. We welcome Azerbaijan's efforts to end the occupation of Armenia, which not only continues to occupy Azerbaijani lands but also exacerbates this conflict. The entire international community should welcome an end to 30 years of invasion. Unfortunately, France is a country where Armenians can influence politicians. As a result of such pressure, the parliament adopted resolutions recognizing the 'independence of Nagorno-Karabakh.' Even the French government rejects these resolutions. Such cases demonstrate the impact of Armenians on politicians."

The ambassador said that Turkey was always ready to protect Azerbaijan from Armenian attacks and defamatory information in France:

"Slanderous information about Karabakh is spread, which is completely far from reality. We even come across 'state lies' spread by government officials. A clear example of this is the libelous information published by most French media outlets about Turkey sending foreign fighters to Azerbaijan to liberate its lands from occupation. While all Azerbaijani people are ready to free their lands, there is no need for foreign fighters. This is just one of the many Armenian lies. For this reason, the French public and politicians must be regularly informed about the development of the region and the occupation of Armenia. We will intensify our efforts to expose these lies and provide France with the true information."