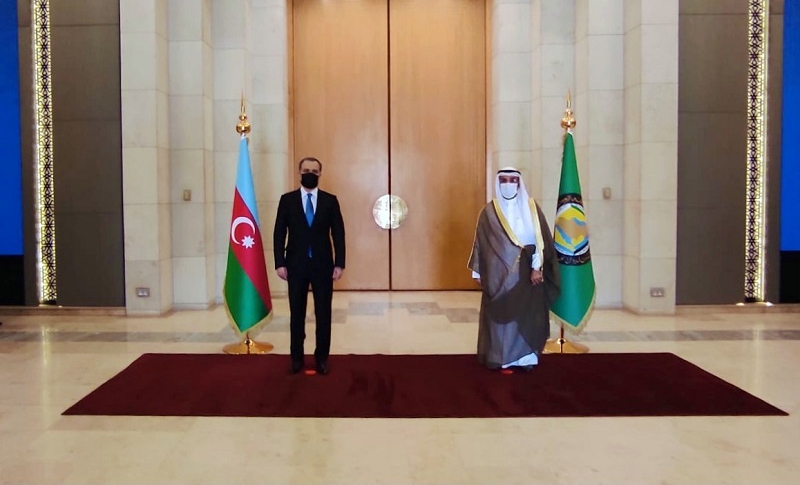 On June 24, in the framework of his official visit to the Kingdom of Saudi Arabia Minister of Foreign Affairs of the Republic of Azerbaijan Jeyhun Bayramov met with the Secretary-General of the Cooperation Council for the Arab States of the Gulf Nayef Falah Mubarak Al Hajraf, the Foreign Ministry told AzVision.az.

During the meeting, the sides exchanged views on the current situation in the region, the implementation of trilateral statements, as well as the recent tensions on the border.

Minister Bayramov briefed the other side on the post-conflict situation in the region, in this respect, the threat of landmines and consequences emanating from it, as well as the restoration and reconstruction work being carried out in the liberated areas. The minister underscored that with the elimination of the occupation factor, there is a chance for the normalization of relations between the two countries, which should be based on the strict observance of international law principles as sovereignty, territorial integrity and inviolability of international borders.

Minister Bayramov noted that Azerbaijan is interested to see the member states of the Cooperation Council for the Arab States of the Gulf to participate in joint projects in the construction work being executed in the liberated areas.

The sides also discussed opportunities for expanding cooperation between Azerbaijan and the Council, including the development of a joint Action Plan, as well as other issues of mutual interest.