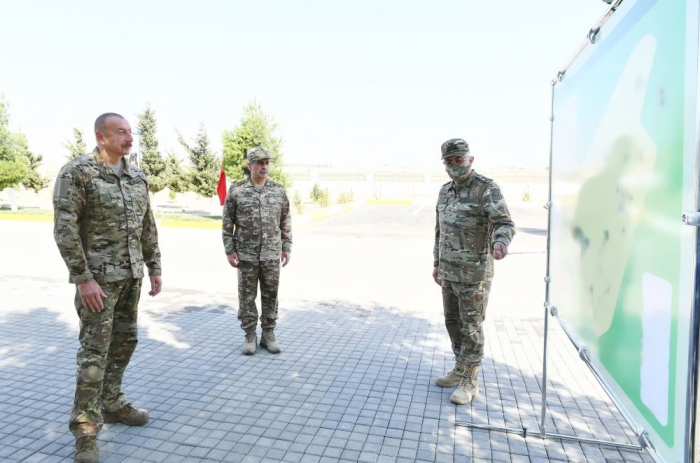 President of the Republic of Azerbaijan, Victorious Commander-in-Chief of the Armed Forces Ilham Aliyev has viewed conditions created at a newly commissioned military camp of the military unit of the Air Force of the Ministry of Defense, as well as in apartments for the families of Air Force servicemen.

Providing information about the work done in the military camp, Defense Minister Zakir Hasanov said that all conditions had been created in the staff building to enable high-level performance of the military unit command. A club will also operate in the area.

President, Commander-in-Chief Ilham Aliyev arrived at the starting position of the S-300 PMU-2 Favorite surface-to-air missile system, which is on combat duty.

The provision of the Azerbaijani Army with modern military equipment and ammunition has always been in the spotlight of the Commander-in-Chief. The patriotic war also proved that the steps taken by the Azerbaijani state to strengthen the material and technical infrastructure of the army, introduce new and modern types of weapons and military equipment are the result of a wise and far-sighted policy. Azerbaijani Armed Forces are rated among the strongest armies in the world by international military research centers.

President, Commander-in-Chief Ilham Aliyev was also informed of the mobile Command Station, which is provided with state-of-the-art and modern equipment.

It was noted that the station provided for simultaneous control of various types of anti-aircraft missile systems, radar, radio-technical reconnaissance, radio-electronic means of combat, reconnaissance and strike drones, army, fighter and attack aircraft. The technical capabilities of the Command Station, which takes into account the experience of the battles of the patriotic war, fully meet the requirements of the wars of the 21st century.

The Commander-in-Chief then was informed of units of the Air Force military equipment.

President of Azerbaijan Ilham Aliyev on June 26 familiarized himself with the conditions created in the commissioned military camp of the N military unit of the Air Force of the Ministry of Defense and in the service apartments intended for the families of the Air Force servicemen, AzVision.az reports citing the Presidential press service. 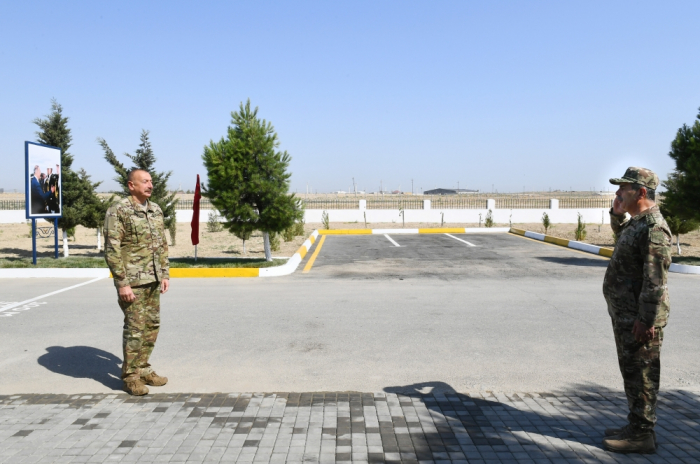 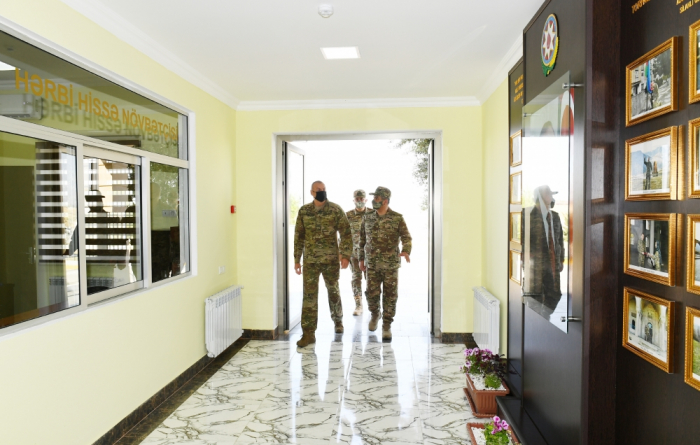 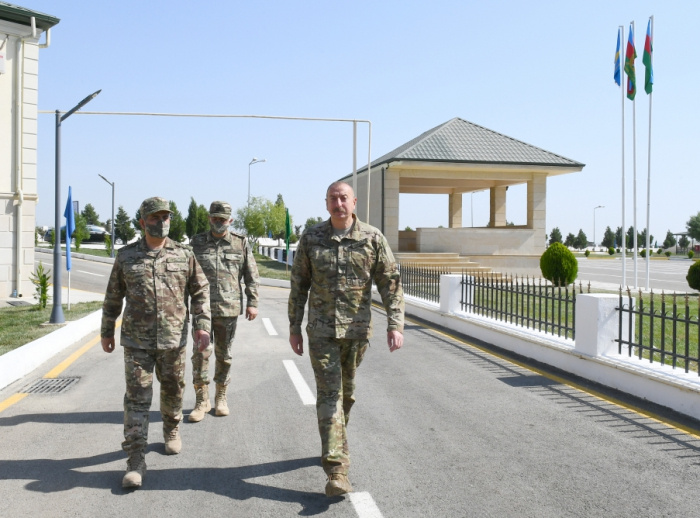 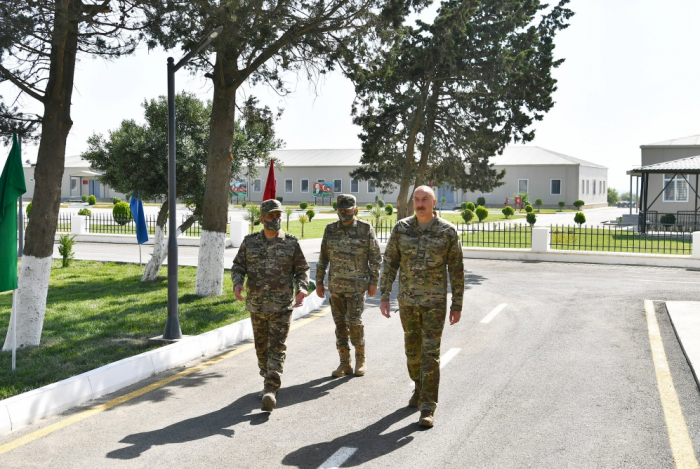 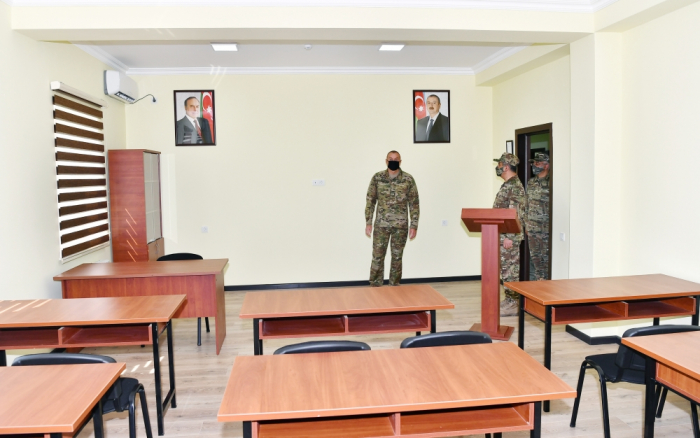