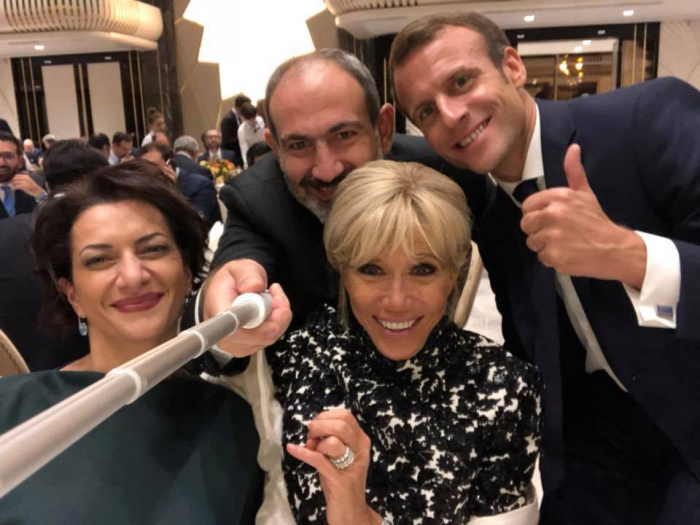 Changes in the construction of the global security system significantly affects regional processes, too. The world needs to be reshaped in the face of the processes within NATO, clashes for dominance and interest between different members of the alliance in different parts of the world, and the geopolitical situation in the post-Soviet area.

The outline of the new power centers are already visible. Russia has included several economically and militarily dependent republics in its blocs and created ‘a buffer zone’ for itself, albeit a weak one. However, the Kremlin is well aware that this alliance is nothing more than "violent love" and those republics are looking forward to the moment when Russia will stumble and join the ranks of its rival.

Although it may seem strange, the member states of the EEU  (Eurasian Economic Union) established by Russia and CSTO (Collective Security Treaty Organization) countries - Kazakhstan, Kyrgyzstan, Belarus, Tajikistan and Armenia (although Tajikistan is a member of the CSTO, it is not a member of EEU) are forced to cooperate with Moscow for any other reason because Russia gets irritated seeing its former allies in the ranks of its rivals. If we look at war zones in the post-Soviet area, we can see the consequences of this irritation.

Armenia, which occupied Karabakh during Gorbachev’s and Yeltsin’s period with the direct participation of Russia, created illusions that the EEU and CSTO blocs would always support it. The fantasies, myths and the false history that have been the basis of Armenia’s official ideology for many years have made this society sick. Thoughts of "Russia must protect us or lose the Caucasus," "As long as Russia exists, it must fight against everyone for the Armenians, especially the Turks," "The West must fight for us, since we are the only ally of Western civilization in the region," “The Vatican has to protect us, since we are the first Christians "," We are the oldest, we are the most civilized ... ", We ... We ..." Everything is ours! The whole Middle East, the Earth is ours! " and others have been reflected in the textbooks read by Armenian children. And over the past decades, a new generation of Armenians has been poisoned with such ideas. Now let’s think for a moment about the politicians, officials, intellectuals and journalists with such ideologies. Do you think such a society can find its place in the civilized world?

Following the second Karabakh war, Armenia didn’t want to recognize the administrative border line that existed in the Soviet period between two republics. The steps taken by our Army and State Border Service to take control of our territories were presented to CSTO and the world as ‘Azerbaijani intervention’ by Armenians.

Last year, on the eve of the second Nagorno-Karabakh War and even in the post-war period, they only embarrassed themselves and made fun of the whole world. The CSTO meeting, which convened several times at Yerevan's request, made it clear that the Karabakh has always been an internal affair of Azerbaijan. During the border delimitation process, the Armenians, who faced the harsh kick of the Azerbaijani soldiers, again filed numerous complaints to the CSTO. Finally, last weekend, Secretary-General of the CSTO Stanislav Zas stated that Azerbaijan had not entered the territory of Armenia. With this statement, the CSTO put an end to the issue on behalf of the organisation by saying that what happened is nothing but a small border incident. In their response to Zas's statement, the Armenians swore and insulted him as they were not to be able to do anything.

Armenian experts including government agencies and political parties spit out their hatred against all CSTO member states, mainly Zas, and their leaders by insulting them in the mass media and social media. The Armenian media headlines were full of comments praising the United States and the West, a statement from the US ambassador to Armenia, a wide-ranging commentary on "US-Armenian strategic cooperation" on behalf of Pashinyan’s deputy Tigran Avinya, and a statement condemning Zas's statement on behalf of another Armenian aide. "The fact is that the CSTO has a commitment to Armenia and the organization must take measures," Rubin Rubinyan said.

This is what the new reality and the military-political situation looks like in the world and in the region. This proves how harmful and dangerous illusions exist in any society, and what damaging consequences they can have. All the countries in the region already know who wants to escalate the tensions. It became clear that the ruling and political circles of Armenia have always been and still are puppets of destructive forces in our region. It is no coincidence that the European Union has announced its readiness to provide a 1.5 billion euro loan to Yerevan, instructing them to spend most of this funding on Zangazur.

The EU, particularly France, which has historically been known for its hypocrisy and destructive policies, and Germany, which is jealous of Turkey's growing power in the region, is trying to recover its lost post in the South Caucasus.