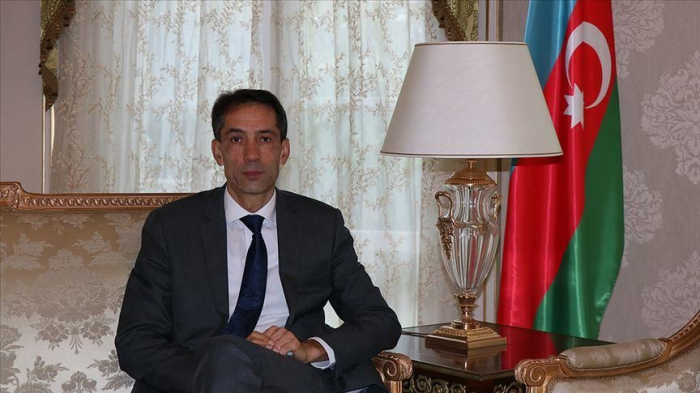 Thanks to the work done by the Azerbaijani Embassy in France, 10 illegal charters and agreements adopted by the local self-government bodies of France have already been cancelled by the courts of various instances, said Ambassador of Azerbaijan to France Rahman Mustafayev, AzVision.az reports citing Trend.

He made the speech while commenting on the cancellation by the Administrative Court of Appeal of the French Lyon city of the "charters of friendship" previously signed between the French cities of Saint-Etienne, Bourg-Les-Valence, Desinne-Charpieu, and the previously occupied Azerbaijani cities of Shusha and Khojavand.

The Administrative Court of Appeal of the French Lyon city has recently adopted three decisions on the liquidation of the previously signed illegal "cooperation agreements" in favor of Azerbaijan.

Commenting on the question of what could be the political consequences of the June decisions of the Lyon Court to reject appeals, the ambassador noted that all three decisions of the Lyon Administrative Court of Appeal refer to the fact that the so-called "Charters of friendship" with an unrecognized separatist regime contradict French law and France's international obligations.

“Therefore, we expect that the French Ministry of Foreign Affairs and the Ministry of Internal Affairs, the two ministries that are legally called upon to ensure that regional authorities and local governments comply with France's international obligations, will be more attentive to this issue. We expect from them a clear position in support of the sovereignty, territorial integrity and inviolability of the borders of Azerbaijan and concrete steps to annul the remaining illegal acts," Mustafayev said.

“In France, discussions about the need to respect "republican values" and the principles of a "rule of law" are very popular. Why don’t the Armenian diaspora in France and its lobbyists in local and central government finally begin to respect these values and principles?” the ambassador stressed.

The ambassador also said that over the past 7 years, the local authorities of France have adopted 28 illegal acts against Azerbaijan.

Commenting on the current status of these documents, Mustafayev said that thanks to the work done, 10 illegal charters and agreements have already been liquidated by courts of various instances, of which 4 cases have been rejected an appeal.

“Claims under 3 illegal charters are in the courts, in 2 cases the prefects refuse to apply to the courts with claims for an annulment due to the limitation period. On the remaining 13 illegal acts that were adopted during the Second Karabakh Qar, we continue to work with the aim of bringing them to the relevant courts. The decisions of the Lyon Court of Appeal will help us in this work,” the official added.