"43 Armenian servicemen were besieged and killed in Shusha" - Armenian media 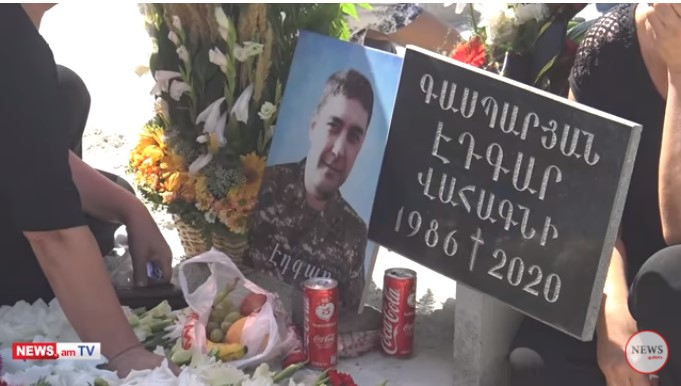 Although 10 months have passed since the second Karabakh war, special operations carried out by the Azerbaijan Army are still on the agenda. Some political forces of Armenia try to reduce the significance of Shusha operations and spread rumors that ‘the city has been liberated without fighting’.

The article about the killed serviceman in Shusha can be one example of such publishings.

"Edgar Gasparyan worked as a policeman and was a commander. His unit was taken to Shusha on November 4 after staying in Kalbajar for a month. He phoned on the morning of November 7 and said that he was wounded," said his cousin Hasim Khachatryan, who visited Edgar's grave.

The article about the Armenian serviceman, whose body was found in Shusha reads that indeed there were fierce battles for the city and the Azerbaijanis besieged a large number of servicemen:

"He phoned his family and said, 'I will not return like everyone else, I'm wounded.' "We are under siege and you cannot not hear my voice." Some of his comrades survived. They say that Edgar was wounded first in the arm and then in the head. All 43 servicemen, who were with Edgar in Shusha were killed," the article reads.

It can be concluded from the article that the battles of Azerbaijani servicemen for Shusha were quite successful, and our servicemen entered the city in an unexpected direction and destroyed 43 enemies with a single siege.