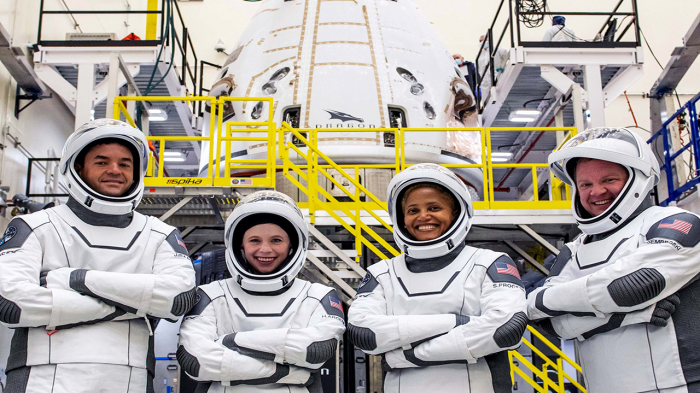 Elon Musk's SpaceX and its civilian crew made history with their successful Wednesday evening launch, and the Inspiration4 will now spend the next three days orbiting Earth.

The company's first private spaceflight and the world's first all-civilian spaceflight took off from Launch Complex 39A at NASA's Kennedy Space Center in Florida at 8:02pm ET to a cheering crowd of spectators that included Musk.

The billionaire CEO of Shift4 Payments, Jared Isaacman, who is an accomplished pilot and commander of Inspiration4, is funding the mission. He is joined by St. Jude Children's Research Hospital physician assistant Hayley Arceneaux, geoscientist Dr. Sian Proctor, and data engineer Chris Sembroski, who is a U.S. Air Force veteran and St. Jude donor.

Isaacman came up with the idea for the Inspiration4 mission, and it is being used in part of a broader fundraising campaign aimed at raising $200 million for the children's hospital. The billionaire has not revealed how much he paid SpaceX for the mission.