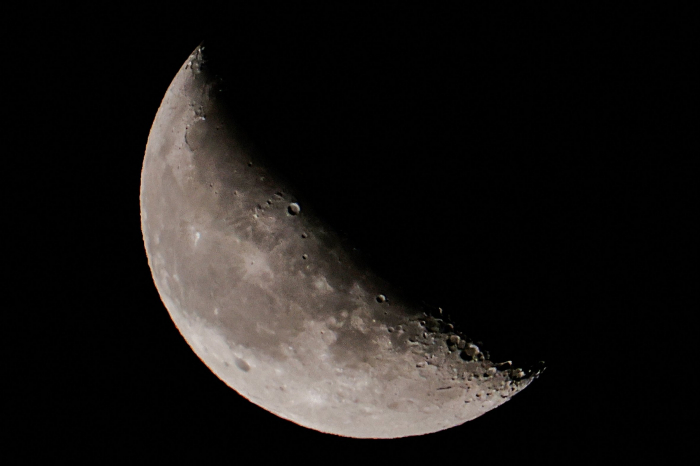 Large tests on a spacecraft that will be sent to the moon as a part of the country's space program are being conducted in Turkey, an official from the Turkish Space Agency (TUA) said Monday.

Marking this year's World Space Week between Oct. 4-10, the head of TUA's Space Sciences Department, Prof. İbrahim Küçük, said in an online symposium that the agency's primary objective is landing a vehicle on the moon.

He said the moon mission was the most important of the 10 targets of a 10-year-vision that Turkish President Recep Tayyip Erdoğan announced during the declaration of the national space program on Feb. 9.

"We are aiming to send a Turkish astronaut to the International Space Station," Küçük said. "We are currently working on improving our launch capability. Very important breakthroughs are being made in this regard."

Noting that TUA takes part in the civilian side of space studies rather than the military side, Küçük said it aims to continue its work within the framework of the U.N.'s decisions regarding the peaceful use of space.

He further said that a new telescope with a mirror diameter of 4 meters (approximately 13.12 feet) is being set up at the Eastern Anatolia Observatory in Turkey's Erzurum province and it is expected to be one of the largest telescopes in Europe.

The National Space Program, which will be carried out by the Turkey Space Agency (TUA), includes 10 strategic goals. The TUA was established in 2018 to join a handful of other countries with space programs.

Turkey in January launched its new-generation communication satellite Türksat 5A into orbit from the U.S. in cooperation with SpaceX. The Türksat 5B satellite is planned to be launched in the second quarter of this year.

Turkey's mission to the moon will be completed in two stages. In the first stage, a rough landing will be made on the moon with a domestically built hybrid rocket that will be launched into orbit at the end of 2023 through international cooperation. In the second stage in 2028, a soft landing will be made on the moon that will allow for a rover to be deployed.