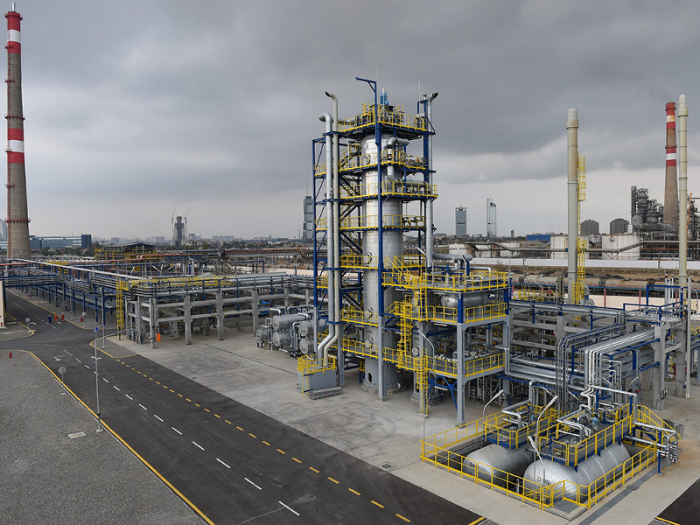 The State Oil Company of Azerbaijan (SOCAR) expects to complete 90 percent of the work on the reconstruction of the Heydar Aliyev Baku Oil Refinery at the current stage of the project, AzVision.az reports on Nov. 29 with reference to SOCAR.

“The preparation for commissioning four new systems within SOCAR's project to modernize the Heydar Aliyev Baku Oil Refinery will begin during the next two months,” the company said.

According to the message, the fuel required to start production in the new main process units and to render additional services such as water/steam will be provided as a result of commissioning of new flare systems, as well as steam generation and water demineralization systems for water cooling and related infrastructure.

“The flare system will be used to divert hydrocarbons from the system to ensure safety during emergencies,” the company said.

According to the message, despite the restrictions in the construction sector in 2020-2021, big progress has been achieved in the implementation of projects (25 percent from the beginning of 2021 and about 45 percent during the COVID-19 pandemic) as a result of the measures.

“In general, the general progress at the current stage of the project was more than 85 percent by late October 2021,” the company added. “Some 90 percent of the reconstruction work is expected to be completed by late 2021.”

According to the message, the preparatory and commissioning work is underway. At the same time, preparation for overhaul and repair is underway at the plant in 2022.