Putin, Biden may talk before end of year, Kremlin says 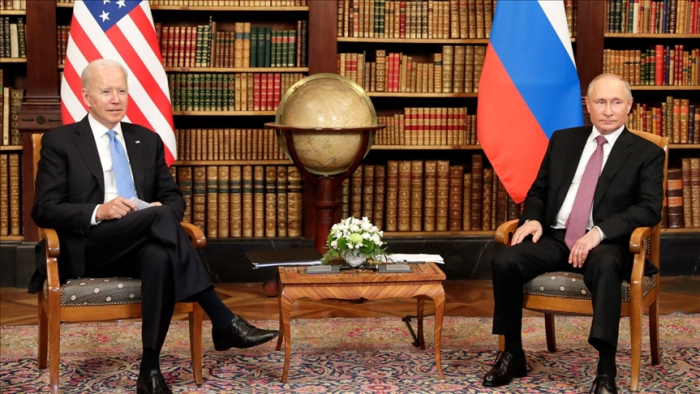 A conversation between Russian President Vladimir Putin and his US counterpart Joe Biden is possible before the end of the year although there are no specific agreements yet, Kremlin Spokesman Dmitry Peskov told journalists on Thursday, AzVision.az reports citing TASS.

"[A conversation between the leaders before the end of the year] is possible but there are no agreements," the Kremlin official said.

On Wednesday, Biden, replying to a question by a TASS correspondent in a conversation with journalists at the White House, said that he hoped for further personal contacts with Putin in the near future.

On December 7, Putin and Biden held talks in a videoconference format. They agreed to instruct their representatives to begin focused consultations on sensitive issues. On December 15, Russia handed its proposals on security guarantees to the US. On the same day, Kremlin Aide Yury Ushakov held a phone conversation with US National Security Advisor Jake Sullivan during which he stated the readiness of the Russian side to immediately begin talks on drafting documents on security guarantees.