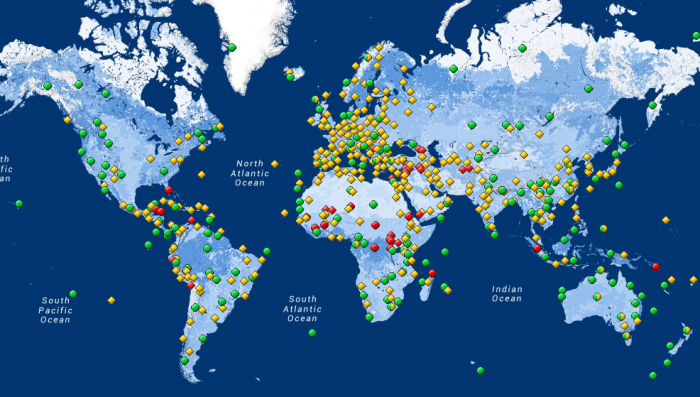 Despite weak prospects of global economic recovery in 2022, vaccine widening gap, imposition of series of trade & economic sanctions mainly against China, the eve of new variants of COVID-19, composition of new military security alliances, operationalization of new economic pacts/partnerships and last but not the least, national protectionism, China’s Belt and Road Initiative (BRI) stands for hope for economic recovery, stabilization and stimulation around the globe.

In this connection, it seems that many regions mainly Asia-Pacific, Central Asia, South East Asia, Middle East and even the African region and the world is slowly but surely moving from geopolitics to geo-economy in which megaprojects like BRI, CPEC and RCEP is playing a contributing role in this crucial transition.

In addition to this, America’s confrontation with China is constantly escalating dangerously. The US Establishment, especially Pentagon and CIA, considers the emerging China-Russia alliance a potential threat to its hegemonic designs in the Caspian Sea and beyond. The escalating situation of Ukraine and NATO forces’ activation in Europe near the point of conflict has further deteriorated economic prospects in the region.

Having all said, China’s BRI still acts like a balancing act in the region and beyond. According to the Chinese Foreign Ministry (December 2021), Ukraine-China trade increased by 47.5 per cent year-on-year to 9.37 billion U.S. dollars in the first half of 2021. Under the BRI, a direct freight train linking Ukraine with China was launched which has “a positive impact on the development of trade relations. Thus it seems that BRI has a large-scale, global nature, in terms of the coverage of countries, the volume of trade, investment and resources.

Moreover, Chinese President Xi Jinping’s concept of shared prosperity and community development are setting new rules of commercial diplomacy, political understanding and socio-economic integration in the region and around the world. Chinese President Xi has been pursuing philosophies of a new formula of banking & financial cooperation, corporate governance, good governance, development loans and last but not least, joint ventures with the regional countries and beyond. It definitely upholds spirits of new dimensions of equity management, equality proposition, transparency mechanism, inclusiveness orientation and collaborative teamwork in initiating a new chapter of regional as well as global megaprojects like BRI and CPEC.

Contrary to Western constant propaganda against China, BRI has been functional and labelled as the world’s largest infrastructure project/program which has so far directed investment mainly to energy and transportation networks in Asia, the Middle East and Africa. Since its launch, the BRI has changed significantly in terms of scale, stakeholders and investment sectors and continues to evolve, also in the light of the COVID-19 crisis. Moreover, the inclusion of “Green” policies and programs has now further consolidated its role, utility, scope and strategic position in the world, especially among its member countries.

BRI investment in transport could boost the real economies of participating countries and the global economy overall. The decline in trade times will also increase foreign direct investment, especially for lower-income countries. It has already improved connectivity and cooperation on a transcontinental scale.

Somehow, critics of the BRI accuse China of pursuing a policy of ‘debt-trap diplomacy’: luring poor, developing countries into agreeing on unsustainable loans to pursue infrastructure projects so that, when they experience financial difficulty, Beijing can seize the asset, thereby extending its strategic or military reach. It is absolutely untrue, fake, false and fictional and western propaganda does not have any substance in this regard. The most recent prime example of Chinese shared prosperity is Sri Lanka which does not seek loans from IMF or World Bank but the directly Chinese government on concessional rates with no hidden charges, conditions, concessions and thus has diminishing demo effects on the Western propaganda of debt-trap diplomacy.

It seems that the successful execution and implementation of BRI & CPEC, two mega projects, has cracked the western wider narrative about the decline of China.  The Chinese government launched the BRI primarily in order to help address these systemic problems and streamline the chain supplies system for regional industry, construction projects and loans.

On the other hand, according to the Asian Development Bank (ADB), Asia faces an infrastructure funding gap of an estimated USD 26 trillion through 2030. To address this gap, various regional and sub-regional initiatives that aim to develop better transport connectivity within Asia have been launched. These include, among others, the Association of South-East Asian Nation (ASEAN) Connectivity Initiative, the Central Asia Regional Economic Cooperation (CAREC) Program, the Greater Mekong Sub-Region (GMS) Cooperation Program, the South Asia Sub-regional Economic Cooperation (SASEC) Program, and the Belt and Road Initiative (BRI). In this connection, the Chinese BRI has numerous economic comparative advantages over these regional alliances.

It has multidimensional socio-economic effects. BRI investments have proved positive to the member countries. The improved transport network has reduced trade times and costs and increased overall trade as Belt and Road corridor economies increase exports and diversify their production. Hopefully, this expansion will increase trade both between corridor economies and to non-Belt and Road countries as market access opens.

Furthermore, the decline in trade times will also increase foreign direct investment (FDIs), especially for lower-income countries. The increased trade and investment will boost GDPs and welfare, thus reducing poverty in the region, but still needs some unavoidable streamlining of policy coordination, financial overhauling and scheme of arrangement in all the member countries so that caravans of socio-economic prosperity would not be slowdown because of the dichotomy between economic policies of the member countries and overall economic spirits of the BRI.

BRI is a transcontinental long-term policy and investment program which aims at infrastructure development and acceleration of the economic integration of countries along the route of the historic Silk Road. The Initiative was unveiled in 2013 by China`s President Xi Jinping and until 2016, was known as OBOR – One Belt One Road. On March 28, 2015, the official outline for the Belt and Road Initiative was issued by the National Development and Reform Commission (NDRC), the Ministry of Foreign Affairs (MOFA) and the Ministry of Commerce (MOFCOM) of the People`s Republic of China (PRC), with authorization of the State Council.

Despite the US and Western propaganda, BRI aims to promote the connectivity of Asian, European and African continents and their adjacent seas, establish and strengthen partnerships among the countries along the Belt and Road, set up all-dimensional, multi-tiered and composite connectivity networks and realize diversified, independent, balanced and sustainable development in these countries. Thus it promotes economic multiculturalism in the region as well as in the world too.

To conclude BRI stands for the economic essential driver, the engine of growth and stimulating machine/mechanism spreading spirits of new economic world order free from geopolitical conditions, secretive schemes and tools of economic exploitation through military means. The Middle Eastern Region is also heating up because of ongoing geopolitical proxies thus further weakening regional economic prospects. Thus China’s BRI is the hope of a last resort which may easily stimulate regional as well as the global economy in the days to come.

Dr. Mehmood Ul Hassan Khan is a Member Board of Experts of the Center for Global and Strategic Studies (CGSS) of Pakistan and regional geopolitical analyst.