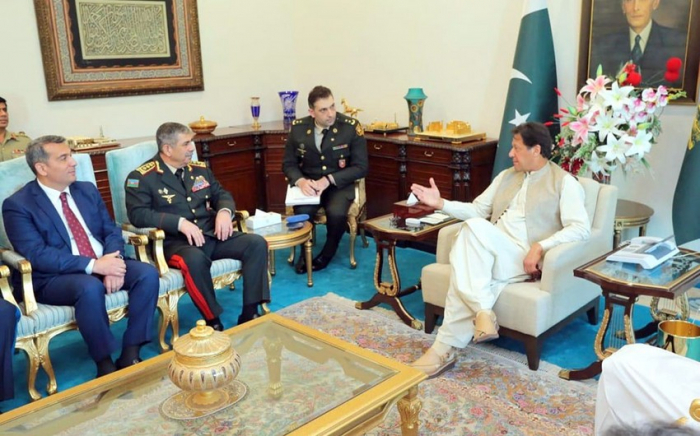 On March 21, Azerbaijan's Defense Minister, Colonel-General Zakir Hasanov held a meeting with Prime Minister of Pakistan Imran Khan during the official visit of the delegation of the Ministry of Defense to Pakistan, AzVision.az reports.

The sides discussed the friendly relations between the two countries. Noting the growing development of Azerbaijani-Pakistani military cooperation, Azerbaijani Defense Minister Hasanov thanked the Pakistani leadership and people for supporting Azerbaijan's just position at all levels.

They also expressed satisfaction with the development of bilateral relations between the two countries in various areas, including military cooperation, and exchanged views on other issues of mutual interest.