Economic crisis was inescapable even without war, WHY? - INTERVIEW, VIDEOCAST 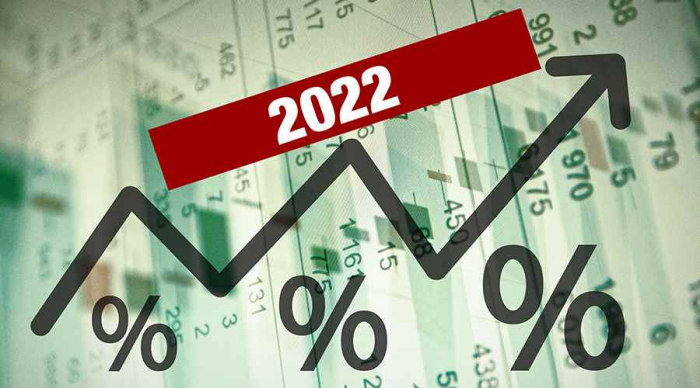 Against the backdrop of the recent geopolitical events, the global food price hike, ban on export by several countries, or application of severe restrictions are serious threats, experts say. They believe the roots of this crisis lie far deeper, and the fall of the world economic system based on the US dollar has already started.

Economic scientist Elshad Mammadov shared interesting views about this issue in his interview to AzVision.az.

- What do you think of the current recession in the world economy? Is it a result of the recent events or just the continuation of the crisis in 2009 and 2013?

- It is not plausible to connect the food crisis in the global economy and the instabilities in the supply chain with the crisis in and around Ukraine as a whole. Trends in the world economy regarding the transport and logistics chains distortions and weakening of production ties have been forming for many years. The trends date back to the crisis in 2008-2009.
Because of the severe structural crisis in 2008-2009, the world economy has formed giant financial ‘bubbles’. These are reflected in the ‘bubbles’ of debt and the ‘bubbles’ of mortgages in the United States. I mean, structural instabilities already existed. Later on, the problems were tackled to some extent thanks to the emission of the leading central banks. However, they have not been resolved fundamentally and deepened further.

- How did the global economic policy implemented during the pandemic affect the situation?

- Certainly, the world's leading emissaries and central banks have somewhat covered up the decrease in business activity by sharply increasing the money supply as part of the fight against the pandemic. It is necessary to accept that it has enabled us to maintain social stability to a large extent. Thus, the transfer of trillions of dollars to the U.S and other countries and then to the whole world economy; the increase of the weight of the euro by the European Central Bank, and similar steps taken by other leading central banks paved the way to maintain purchasing power for some time. However, I would like to restate that it was a process that had to continue for a certain period of time. Increasing the money supply further expanded the monetary inflation, which existed in countries with large economies and enhanced structural instabilities in the economy. 80 % of the money supply in Western countries was not directed to the real sector but the financial sector. Moreover, it created an environment for the expansion of inflation and instabilities. While some social problems were resolved thanks to the rising money supply during the pandemic restrictions, economic instabilities further deepened.

- What is the role of Western sanctions imposed on Russia in this process?

- I do not think that the reason for the economic crisis is the tensions between the West and Russia. Undoubtedly, it may lead to tensions. Thus, in the context of breakage of production, transport-logistics chains, and replacement of a single global system with regionalization, these tensions are in tune with the sequence of the process. Breaking off ties, regionalization, failure of a single global system, and the system of division of labor were inescapable even without the tensions.
Structural imbalances were extensively deep in the world economy and a peak rate was observed. However, tensions between the West and Russia highlighted the process. Therefore, the tensions between the West and Russia accelerated events acting as a catalyst. The fundamental grounds of the process are deeper. I think that the collapse of the global economic system based on one currency would be inescapable, even if there was no confrontation between Russia and the West.

- Can the sharp increase in prices and the disappearance of some goods in the discount stores for the poor and middle class in some European countries lead to the failure of these classes?

- In my view, the sharp rise in the inflation rate in the Western countries is related to the coincidence of both monetary and demand-pull inflation. Starting from the second half of 2021, the industrial inflation rate started to go up acutely in the US and Eurozone countries. It was related to structural instabilities. Thus, the monetary aspect was not at the forefront. Nonetheless, problems based on imbalances in industrial inflation do not reject monetary inflation. Therefore, the current price spike observed in Europe and the West is related to the overlap of two inflations: On one side, leading issuers and central banks sharply raised the money supply. On the other side, demand-pull inflation occurred herewith due to the structural crisis. Thus, complex and problematic processes have started because of the breakup of the production and transport logistics chain and the deterioration between the financial and real sectors of the economy.