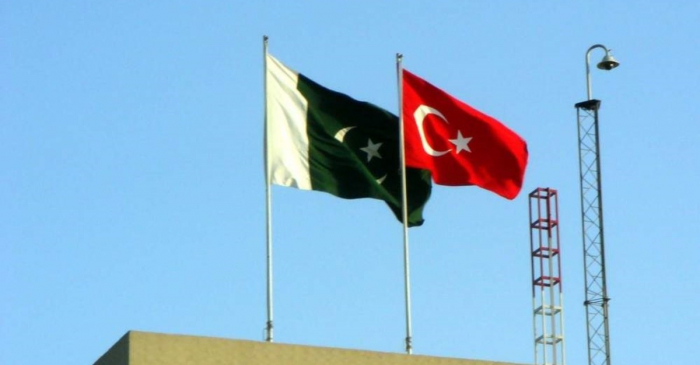 Turkey and Pakistan initiated security discussions in Istanbul on Tuesday, bringing together scholars and practitioners from both countries to focus on regional issues, policies and economic cooperation, AzVision.az reports citing Daily Sabah.

In what is described as the first Turkey-Pakistan security dialogue, professor Rabia Akhtar from the University of Lahore said the participants elaborated on how the regional security architecture shaped the foreign policies of the two countries.

"This is the first such opportunity to listen firsthand from scholars of the two countries, to share our views candidly, which was intellectually a very, very engaging exercise," said Akhtar, who is director of the Center for Security, Strategy and Policy Research at the university.

Pakistani journalist Ejaz Haider said it is important for Turkey and Pakistan to have a strategic dialogue "because there are a number of issues which are common to Pakistan and Turkey."

"For instance, take the example of Syria, and you can have a comparison with what Pakistan has gone through in Afghanistan," he said, adding that Turkey and Pakistan's relationships with the U.S. were also an issue.

"It is important to listen to Turkish scholars and share our findings as how we look at the regional security issues as far as Pakistan is concerned," he added.

The dialogue between Turkish and Pakistani scholars and practitioners will continue with different institutions in Istanbul until Friday, said Akhtar.