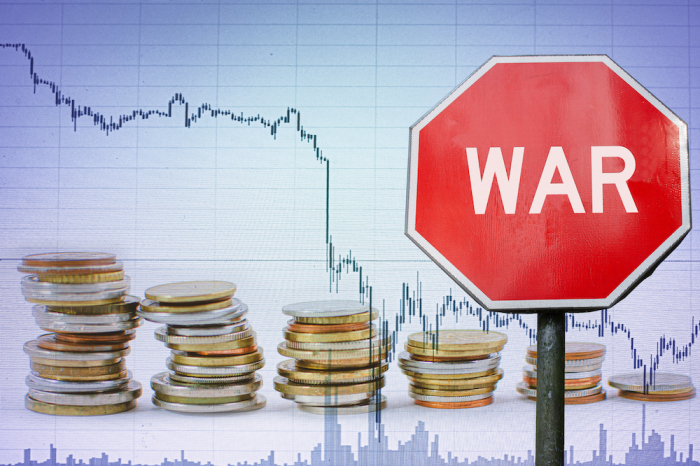 The Russia-Ukraine war led to the implementation of severe and comprehensive economic sanctions against Russia in different sectors, such as energy, finance, and trade. Because of the sanctions on the finance sector, the assets of Russia’s central bank have been frozen, and Russia has selectively defaulted on its foreign debt.

Although the main goal of these sanctions is to punish Russia, they will also have indirect effects on the economies that have close economic relations with Russia. Thus, the countries of the South Caucasus will also be affected. To reveal the level of the impact of sanctions on these countries, it is necessary to analyze to what extent they depend on Russia in different economic spheres.

The most noticeable area of cooperation between the countries of the South Caucasus and Russia is trade. In 2021, Russia accounted for 31% of Armenia’s trade turnover, 37% of imports, and 28% of exports. The level of trade turnover between them increased by about 21% in 2021. As a member of the Russia-led Eurasian Economic Union (EEU), Armenia uses tax and customs concessions, which stimulates bilateral relations with Russia.

Despite the fact that the bilateral relations between Georgia and Russia substantially deteriorated after the war between them in 2008, they were restored under the rule of the Georgian Dream Party. As of 2021, the earnings of Georgia from trade relations, remittances, and tourist inflows from Russia made up 6.7% of the GDP, and the share of the exports to Russia in total exports reached 14.4%. Also, 55% of total exports of Georgian wine, the most promoted national product, went to Russia and 10.7% to Ukraine. Russia was also the second biggest importer of Georgian products ($1 billion).

In the case of Azerbaijan, Russia accounted for 9% of the trade turnover, and with 12.1% of growth it reached almost $3 billion in 2021. While Azerbaijan mostly exports agricultural products to Russia (4.1% of the total exports), it imports food products and beverages from Russia (17.7% of the total imports).

Russia is also the main source of the foreign remittances of the countries of the South Caucasus. Starting in the early 1990s, Russia attracted a huge number of labor migrants from those countries, which are the main transferors of money to their homelands. In 2021, Russia accounted for 41% of the total remittances to Armenia, which reached $866 million.

Russia is also a main exporter of wheat to the countries of the South Caucasus. In 2021, Russia accounted for 94% of wheat flour imports of the Georgia, 86% and 99% of wheat imports of Azerbaijan and Armenia, respectively. Taking into account that the Russian government has temporarily suspended exports of wheat to the EEU members to secure its home market and that the South Caucasus countries have a high consumption rate of the flour products, they could face serious shortages. Despite the fact that they are already looking for alternative sources for wheat imports, it is going to be costlier for them, which will in turn increase the prices of the flour products.

Along with wheat imports, Russia plays an important role in providing energy resources to Armenia and Georgia. Around 85% of Armenia’s gas is currently supplied by pipelines from Russia passing through Georgia, and the remainder is imported from Iran. Natural gas accounts for 22% and oil products for about 9% of imports from Russia. For Armenia, Russian gas is the main source for heating and electricity production.

Despite the fact that Georgia is not much dependent on Russia’s gas, like Armenia, the share of Russia in gas imports has significantly increased in recent years (from 2.8% to 23.1%). Russia is also the largest exporter of electricity to Georgia.

Unlike Georgia and Armenia, Azerbaijan is rich with oil and gas resources and is not dependent on Russia in the energy sector. As a matter of fact, Azerbaijan has now become the main gas and oil provider for Georgia. In 2021, the share of Azerbaijan in Georgia’s gas and oil imports was about 76% and more than 40%, respectively, and it also ranked second among the main exporters of electricity. Furthermore, Azerbaijan has been able to diversify its downstream energy markets over the years. This includes countries both in its vicinity as well as countries in Europe and Western Balkan region. 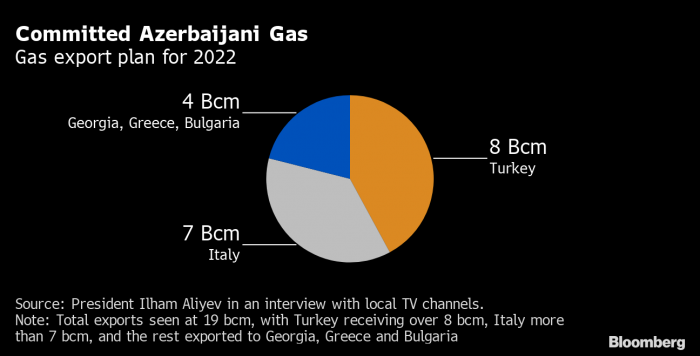 All this data shows that the countries of the South Caucasus have close economic ties with Russia, and sanctions will also have negative economic implications for them. As Armenia’s economy has more dependence on Russia, it will be the most affected country among them. Due to the expected effects of the sanctions, the economic growth predictions have already been lowered for Armenia. The Central Bank of Armenia decreased the forecast from 5.3% to 1.6% and Fitch Ratings to 1.3%. According to initial calculations, Armenia’s exports to Russia have already decreased by about 30% in March, and it is expected that remittances from Russia will decrease by about 40% during the year.

For Georgia, the sanctions will create problems such as a deficiency in wheat, decreased wine exports, and expensive oil and gas imports, which are going to have serious social implications. For Azerbaijan, these sanctions mean reduced remittances and decreasing trade turnover with Russia, which is going to mainly affect the exporters of agricultural products and the importers of food products.

Despite these problems due to the Russia-Ukraine war, oil and gas prices are rising, which, on the other hand, noticeably increases the income of Azerbaijan from energy exports. Thus, Azerbaijan is going to be more resilient to the negative economic implications of the imposed sanctions against Russia than the countries of the South Caucasus.

Orkhan Baghirov, is a Leading Advisor at the Center of Analysis of International Relations (AIR Center), Azerbaijan.