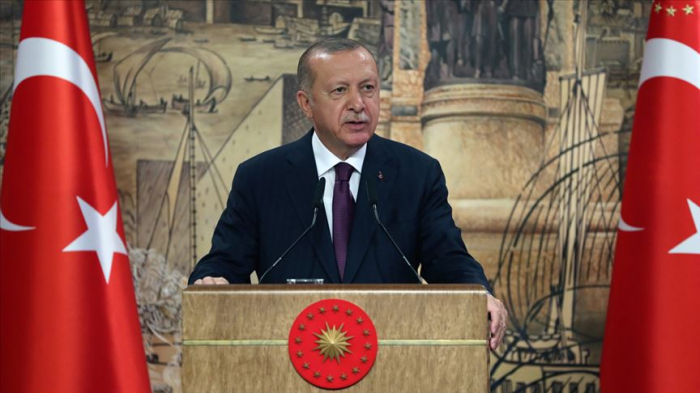 "With the participation of the UN secretary-general and the Russian and Ukrainian representatives, signatures will be put towards overcoming the problems related to the grain corridor issue, and we will give good news for the world once the agreement is signed," Erdogan said at a mass opening ceremony in Istanbul.

His remarks came ahead of the signing ceremony of the grain shipment agreement set to be held at the Dolmabahce Palace with the participation of Erdogan, UN Secretary-General Antonio Guterres, and delegations from Russia and Ukraine.

The deal came after a general agreement reached between the parties on a UN-led plan during talks in Istanbul on July 13 to form a coordination center to carry out joint inspections at the entrance and exit of the harbors, and to ensure the safety of the routes.

Internationally praised for its mediator role, Turkiye has coordinated with Moscow and Kyiv to open a corridor from the Ukrainian port city of Odesa to resume global grain shipments which are stuck due to the Russia-Ukraine war, now in its fifth month.