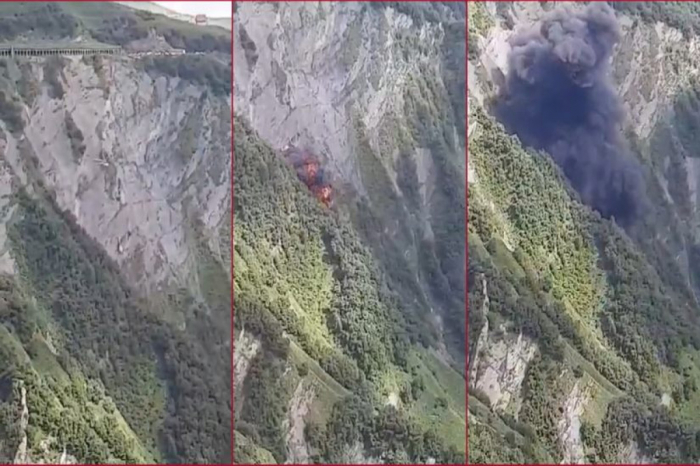 A Georgian border police helicopter crashed Friday in a ravine of northern Georgia, killing eight onboard, according to the Georgian Interior Minister.

Vakhtang Gomelauri, the Minister of Internal Affairs of Georgia, said Friday that all eight people onboard had died in the crash.

"Unfortunately, 8 people died. One person who was paragliding had been injured and a foreign tourist had died," Gomelauri told local media.

Later, Georgian Prime Minister Irakli Garibashvili declared July 30 a day of mourning across the country due to the tragedy that had occurred.

Earlier Friday, a Georgian border police helicopter on a rescue operation in the winter resort town of Gudauri in the north of the country lost control and crashed in a ravine, according to the Georgian Interior Ministry.

The ministry said in a statement on its website that totally eight persons including four crew members, two rescuers and two medical staff were on board when the accident happened.

They were on a mission to rescue some paragliders in the ravine, said the statement.