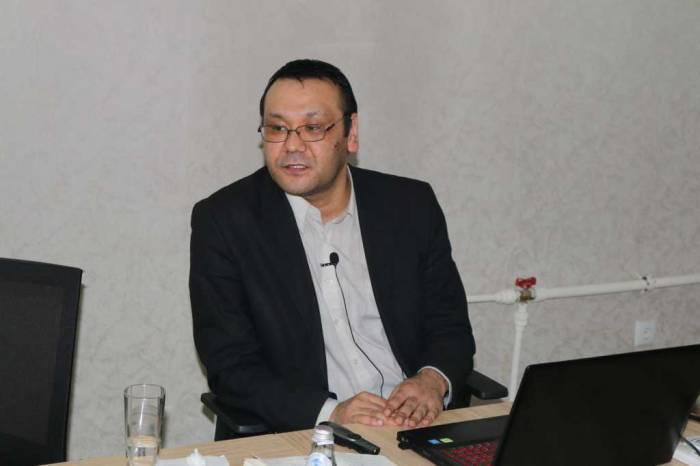 ‘The tripartite cooperation among Kazakhstan, Uzbekistan and Azerbaijan has positive prospects. The CIS space, especially the Turkic world, is well aware of the potential these three countries have to offer. Their industrial and human resources, openness to joint investment projects had been discussed long before the pandemic hit.’

Saken Mukan, Kazakhstani political analyst and professor at the Department of International Relations and Management at the National Economy University, shared his views with AzVision.az. He believes it was symbolic that President Ilham Aliyev found time in his busy schedule to pay an official visit to Tashkent to expand bilateral cooperation and elevate the relations to a new level, considering the current geopolitical challenges. ‘The fact is that Uzbekistan, like Azerbaijan and unlike Kazakhstan, is not a member to any block Armenia is a part of. Therefore, Baku has focused on Uzbekistan as the main actor in all areas of mutually beneficial cooperation in Central Asia, which is quite understandable. Uzbekistan’s economic potential allows them to cooperate in various fields of economy. Their top priority is to export agricultural products to Europe and they consider Azerbaijan a bridge to achieve this goal due to more favorable logistics costs.’

As for the tripartite cooperation with Kazakhstan as a party, the expert insists that the expansion of such partnership is aimed at finding common ground in joint projects and minimizing the impact of costs arising from the consequences of sanctions imposed on the Russian Federation.

‘Kazakhstan can play the role of a logistically connecting link of sorts in enhancing trade between Azerbaijan and Uzbekistan. Kazakhstan certainly adheres to the terms of organizations such as the EEC and WTO, which can become a major obstacle in free trade for the other two countries, as they are not members of these economic organizations. However, CIS still has a myriad of advantages to offer in terms of free trade zone. I believe that diversifying transport routes to supply energy resources and agricultural products can play the key role in tripartite cooperation. Until recently, China was Uzbekistan’s main partner for exporting gas. However, Uzbekistan has never been able to fully supply its gas to the PRC for various reasons, especially due to the seasonality and specifics of energy cooperation. Therefore, Uzbekistan can also benefit from the fact that Kazakhstan is transporting its energy carriers through transport routes that bypass the Russian Federation. At the same time, Uzbekistan’s key focus in foreign policy has been building bilateral relations after gaining independence. They still have problems with foreign currency conversion, which might have a negative impact on the overall export potential within the tripartite cooperation,’ Mukan explained.