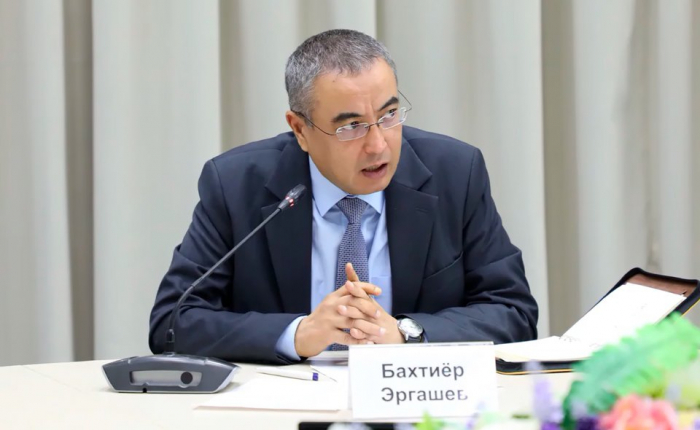 ‘Azerbaijan, Kazakhstan, and Uzbekistan have great potential to further strengthen their economic, political, social, and humanitarian relations. We are currently observing an active expansion of political and economic collaboration among these three countries. This is a serious long-term agenda.’

Bakhtiyor Ergashev, Director of the Uzbek Center for Research Initiatives ‘Ma’no’ (Meaning), spoke to AzVision.az about the prospects of tripartite collaboration. He believes that the main goal behind joining efforts is to shape the trans-Caspian transport corridor which will connect the eastern and western shores of the sea. This will greatly help implement transport and communication projects.

‘The Caspian Sea should become a space that connects countries and creates new opportunities for joint development and progress. Clearly, the strategy for developing the transit potential and the Trans-Caspian transport corridor is becoming more relevant considering the geopolitical changes around Ukraine. Azerbaijan’s visionary policy on the South Caucasus Railway Corridor (through Baku-Tbilisi-Kars railway) is already bearing fruit because the project acts as an alternative to the transport corridors passing through Eastern Europe. Kazakhstan is also putting in more efforts, intending to direct a certain part of oil transit to the Mediterranean Sea through shipping it from Azerbaijan to Turkey. This is a project that may be interesting for our countries. But there is still an important, yet unimplemented, project: the China-Kyrgyzstan-Uzbekistan railway. Uzbekistan is interested in seeing this project through, as it can reinforce transport and communication links between Azerbaijan and Central Asian countries’, Ergashev elaborated.

The political analyst assumes that the Caspian Sea might interest Uzbekistan in other aspects as well. ‘For instance, Uzbekistan may participate in the joint development and transportation of natural gas and oil, produced in the Caspian Sea. Combining efforts in this area is a real option for developing cooperation between the countries. These projects are crucial for creating new platforms of collaboration and joint action rather than competition,’ the expert shared.

The Uzbek political analyst is certain that all three countries have a vast potential to produce, process and export agricultural products. This area can also become the central point for political, economic, financial, technological and investment efforts for all three countries. ‘For example, they could build joint clusters to produce, process and export agricultural goods. These are very interesting projects that can be implemented together, because there are crucial, solvent markets around our countries that can accept a significant amount of goods, such as the Middle East and Persian Gulf countries. This is quite a real option.

There are also areas that are not relevant now but can be developed. All three countries are working on ambitious industrialization programs and projects. Thus, they have already made initial attempts to establish such collaboration. Take the joint venture between Azerbaijan and Uzbekistan on producing cars in Azerbaijan. We could have more projects like that.

The establishment of the Turkic Investment Fund is the latest talk and I believe it will be carried through. Since Kazakhstan, Uzbekistan and Azerbaijan are all members of the Organization of Turkic States, the potential of this investment fund could be beneficial in building joint hi-tech industries. After all, combined efforts always produce better results than individual efforts of countries’, Ergashev concluded.