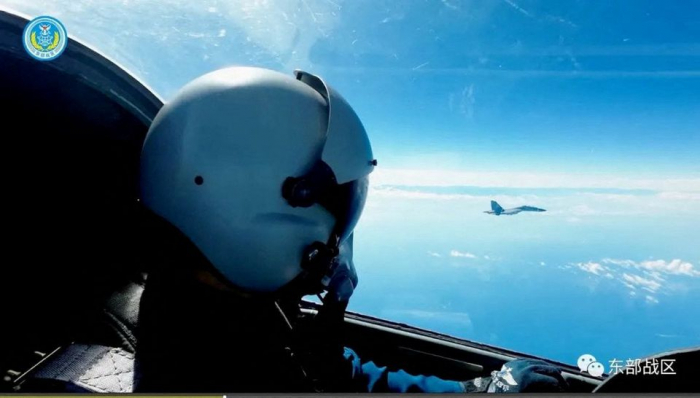 Chinese navy ships remained active off both Taiwan's east and west coasts on Wednesday morning, a source briefed on the matter told Reuters, as Beijing kept up military drills in protest against last week's visit to the island by U.S. House Speaker Nancy Pelosi.

A furious China has extended its largest-ever exercises around the self-ruled island it claims as its own beyond the originally scheduled four days. The drills last week have included ballistic missile launches, some of which flew over the island's capital Taipei, and simulated sea and air attacks in the skies and waters around Taiwan.

Video released by Chinese state broadcaster CCTV on Wednesday showed Chinese fighter jets scrambling and refueling mid-air, as well as navy ships on what it said were drills around Taiwan.

The Eastern Theatre Command of the Chinese People's Liberation Army said the drills were focused on blockades and resupply logistics, "under a complex electromagnetic environment to refine joint containment and control capabilities", according to CCTV.