Why do we die? - iWONDER 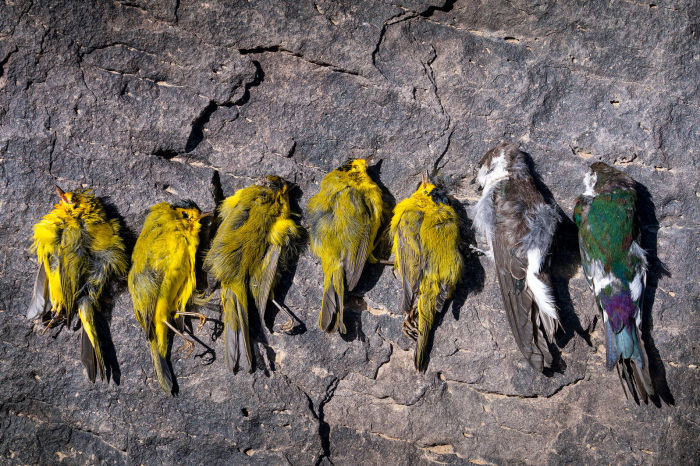 Certain jellyfish and their relatives offer tantalising clues as to whether immortality is possible – so why does death become the rest of us?

Of all the weird and wonderful aquatic organisms that bob about in our oceans and rivers, you would be forgiven for overlooking the hydra. Named after the Ancient Greek mythological serpent that could regrow its heads, it is a freshwater relative of jellyfish, anemones and corals. A little like a dandelion seed, with a long body and tuft of tentacles on one end, there's not much to see. But they have a remarkable property that makes them a curiosity of biology: they can regenerate. If you cut a hydra into many pieces, each bit will regrow into a complete, new individual.

Their regenerative properties have piqued the interest of biologists looking for evidence of immortality in nature. Why do these species appear not to die by natural causes? And is death inevitable?

Ageing was described in the mid-20th Century as a trade-off between reproduction and cell maintenance. Initially, organisms' bodies use their resources to grow and keep us healthy – to maintain our cells. Through childhood and adolescence, the emphasis is on staying alive and becoming as strong and healthy as possible. After sexual maturity, the priority switches to reproducing. Because, for most organisms, resources are limited, prioritising producing offspring can come at the expense of staying healthy.

Take a salmon that has swum upstream to spawn and promptly dies afterwards. Everything is expended to give the salmon the best chance of making it to the spawning ground, and once there it makes the most of the opportunity. The chances of the salmon swimming back downstream, surviving another year at sea, making the same return trip and successfully spawning again are so remote that natural selection would never favour these individuals. And in any case, they have already passed on their genes successfully once.

But the current understanding of why things die is a little more specific. When organisms reach sexual maturity, the force of natural selection weakens, and the ageing process begins, leading ultimately to death. But it's not to make way for the next generation, which might be "appealing from an altruistic angle", says Alexei Maklakov, a professor of evolutionary biology and biogerontology at the University of East Anglia in the UK.

Over the course of our lives, our genes collect mutations. Some are completely random, others the result of our diets or external factors like UV light. Most do nothing or are harmful, very few will be useful. Before sexual maturity, "any gene mutation that decreases an organism’s likelihood to reproduce, or even kills off the organism before it reproduces, would be strongly selected against", says Gabriella Kountourides, an evolutionary biologist in the department of anthropology at the University of Oxford. Once an organism reaches sexual maturity, however, it is able to pass its genes onto the next generation. At this point, the force of natural selection weakens.

Take our spawning salmon. It has done pretty well to make it to adulthood and reproduce. Its offspring will likely have a fighting chance of spawning too. If a gene mutation occurred in our salmon after it spawned that randomly increased its lifespan and meant it survived another year (notwithstanding this would be extremely unlikely), those offspring wouldn’t have a particularly significant advantage over their siblings. Our salmon already has one generation (without the mutation) out there.

There is little benefit, from a natural selection point of view, in continuing the effort required to stay healthy after reproducing. As a result, any genes that do enable this are not subject to selection pressure that would lead to them becoming more common. "An individual would like to stay alive. But at that point, natural selection doesn't work so hard on it, because there's nothing more to keep giving to the next generation," says Kountourides.

Not all organisms are as extreme as our once only spawning salmon, though. Some do survive a while longer to have more offspring. Most mutations to our DNA will have negative or no consequences. Our bodies are able to repair some of this DNA damage, but our ability to do so deteriorates with age because of weak forces of natural selection.

But ageing and death then happens in two ways – the accumulation of negative mutations because of weak natural selection and mutations that might have been advantageous for reproduction but which become negative for a long life.

One example of the latter could be the BRCA gene mutations. These are known to significantly increase the risk of breast and ovarian cancers, but have also been linked to higher fertility in women who carry the mutations. So, it could be the case that the BRCA gene mutations offer a reproductive advantage earlier in life, followed by a greater health risk later in life. But because natural selection weakens after sexual maturity, the reproductive advantage outweighs the disadvantage.

"Whatever happens earlier in life is going to outweigh whatever happens after the age of reproduction, because reproductive potential is really what matters," says Kaitlin McHugh, a biologist from Oregon State University.

Cell senescence, where cells stop dividing, might be another example of an early-life advantage that has a late-life disadvantage. Senescence protects us against cancer because it can prevent a cell with DNA damage from multiplying. Later in life, however, senescent cells can accumulate in tissues, causing damage and inflammation, and are precursors to age-related illnesses.

Although most species do age, there are some exceptions. Many plants show "negligible senescence", for example, and some species have been known to live for thousands of years. One particularly curious example is the pando tree in Fishlake National Forest in Utah. The tree is actually a colony of genetically identical male quaking aspen trees joined by a single root system. It covers an area of more than 100 acres (400,000 sq m) and is estimated to weigh more than 6613 tons (6,000 tonnes). Some estimates suggest it could be more than 10,000 years old.

A relative of the hydra, the immortal jellyfish, has another ingenious way of ensuring longevity – it is able to revert from its adult life stage to its early polyp stage if it is hurt, diseased or stressed. "Though at a certain point, you have to ask yourself is it the same individual or something different?" says McHugh.

There is also the suggestion that some species become more successful with age – referred to as "negative senescence" – but the evidence for this is sketchy, says Maklakov.

"If the ecology of the species is such that reproduction for some reason is generally low or you can't reproduce early in life at all, this changes how selection operates," says Maklakov. Examples might be found in animals that mate in harems – for example walruses or deer. One male might control a whole group of females. The size of that group, and therefore the number of offspring he might have, might increase with his age and size. So, his reproductive output keeps going up.

While it is true that some species can retain their reproductive prowess with age, they are not true examples of negative senescence, and studies that have claimed as much are likely flawed, says Maklakov. Ultimately, a walrus will not be able to keep control of the harem indefinitely.

But sex might play a curious role in how we age. Women who have regular sex start the menopause later, according to a study by Megan Arnot and Ruth Mace from University College London. They suggest that this is an example of a trade-off – that energy being expended on ovulation could be better used by the rest of the body if there is no chance of a pregnancy.

But in the rest of the animal kingdom, being more fertile seems to speed up ageing. Bats that have more offspring live shorter lives, for example, than those that have fewer offspring. Perhaps, given the opportunity to reproduce, they invest everything in it. "There is this trade off in timing, where organisms that reproduce very well early in life don't do so well late in life," says McHugh. (Once again, our hydra are also an exception to this rule. Their fertility rates do not appear to decline over their lifetimes.)

Then there are species whose lifespans vary greatly between the sexes. Typically, ants, bees and termites have a king or queen who might be highly fertile and long-lived compared to their sterile workers. In their case, why does the cost of reproduction not reduce their lifespan? The answer might be that the king or queen is shielded from much of the threats that face the workers, and there is such a difference in their two lifestyles that the theories of ageing do not apply to them equally.

So if reproduction has such a strong influence on our lifespans, why do humans live for so long after many of us have stopped having children?

The grandmother hypothesis suggests that it's important for older relatives to stay alive because reproduction is a costly and risky business. A grandmother can ensure the survival of some of her own genes by investing in her grandchildren, and so longer life could bring an advantage from a natural selection point of view. "Families who have grandmothers around have much higher reproductive fitness, maybe because the mother is able to then focus on having more children and the grandmothers help rear the children that are already there," says Kountourides

But as grandchildren share only 25% of their genes with their grandmother, they are as related to her as she is to her nieces and nephews.

"It could also simply be that in the past not enough women survived to be able to reproduce at the age of 50. And so the selection on what happens to female reproduction at the age of 50 was very, very low," says Maklakov, returning to the core principle of ageing – that after reproducing natural selection weakens. Much of what happens to us in later life might not be pleasant – but there isn't a strong force for evolution to help protect us from it either.