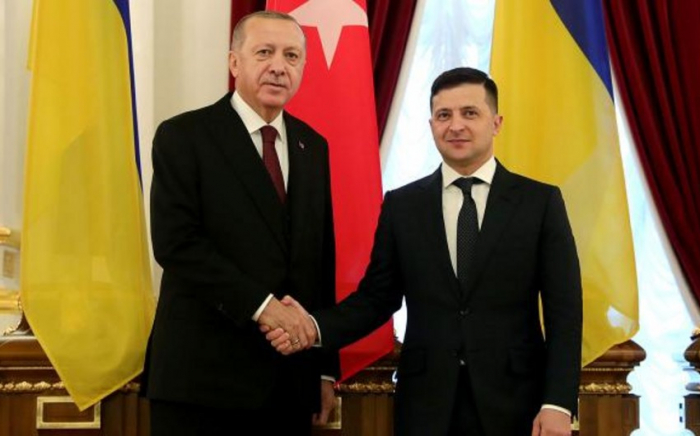 The meeting, held in the Potocki Palace in Lviv, between Turkish President Recep Tayyip Erdogan and his Ukrainian counterpart Volodymyr Zelenskyy has kicked off, AzVision.az reports citing Turkish media.

After the bilateral meeting, a tripartite meeting will start with the participation of UN Secretary-General Antonio Guterres.

Later, the leaders are expected to hold a joint press conference.

The sides will discuss the situation in Ukraine, including the grain export process.

It is Erdogan's first visit to Ukraine since the beginning of the war.