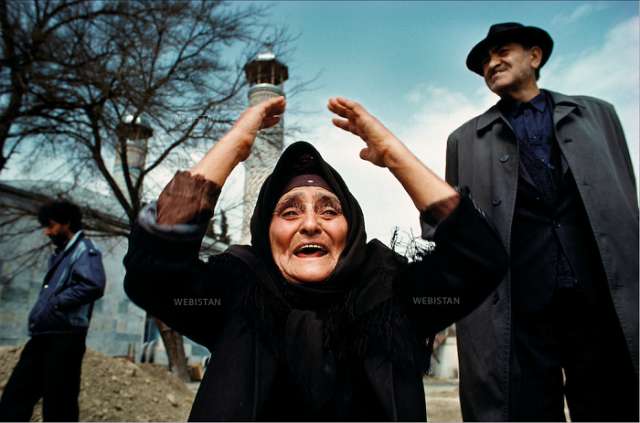 On the night of February 26, 1992, the Armenian armed forces committed a genocide in Khojaly, a small town in the Nagorno-Karabakh region of the Republic of Azerbaijan. At least 613 people were killed; 1275 taken hostage, 150 went missing.

After the Khojaly massacre, the International Red Cross organized a local cease-fire to allow both sides to exchange prisoners and to allow the Red Cross to bring the corpses of Azerbaijanis killed in Khojaly to Aghdam. The bodies were brought to the mosque in Aghdam, which served as a morgue for families to visit and search for their loved ones who had disappeared.

Next to the mosque, a makeshift cemetery was created for the families to bury their loved ones.Dolls are placed on the graves of youths who were killed before ever being married.