Azerbaijan reminds Georgia about importance of gas and investments 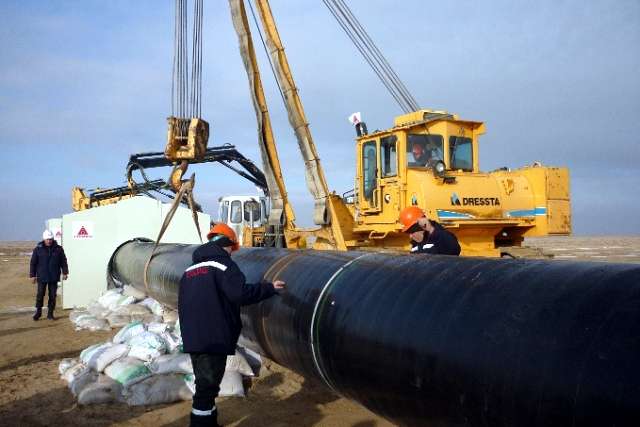 Azerbaijan, a country which is actually in a state of war with 20 percent of its lands being under Armenian occupation, is not only developing at a fast pace, but is also bringing together the region
Today, Azerbaijan is an active player in the region and major projects are being initiated by this country. Georgia, a neighbor of Azerbaijan, also plays an important role in the implementation of those projects.

In this regard, Azerbaijani President Ilham Aliyev`s recent visit to Tbilisi, the capital of Georgia, is a significant component of the realization of all the major infrastructure projects, such as the Southern Gas Corridor and the Baku-Tbilisi-Kars railway.

Large investments are being made for the mentioned projects, and so Azerbaijan and its partners need to be confident of Georgia’s commitment to those projects.

During a meeting with his Georgian counterpart in Tbilisi, Ilham Aliyev said that Azerbaijan is making large investments in Georgia, and these investments hold the largest share of the total investments in the country.

In Q2 2015, Azerbaijan investments in Georgia stood at $160 million, whereas all the other investments altogether totaled $195 million.

In realization of the Baku-Tbilisi-Kars project alone, Azerbaijan granted Georgia with a $775 million long-term loan on decent conditions.

More importantly, Azerbaijan is the key gas supplier for Georgia. However, recently Georgian officials have alleged that the gas they receive from Azerbaijan is not enough for the country, and that Tbilisi is going to buy Russia’s gas as well.

Europe, a part of which Tbilisi is aspiring to become, is trying by any means to get rid of the Russian gas dependence. And Azerbaijan is the main source for alternative gas supplies to Europe. Meanwhile, by purchasing Russia’s gas Georgia risks to become dependent on that country.

In the end, Georgia is free to take its own decision. On the other hand, Azerbaijan can sell its potentially free gas volumes to Europe at a commercial price.

“This suggests that for at least 100 years from now, Azerbaijan will be able to supply both itself, and neighboring countries, as well as the European states with large volumes of natural gas.”