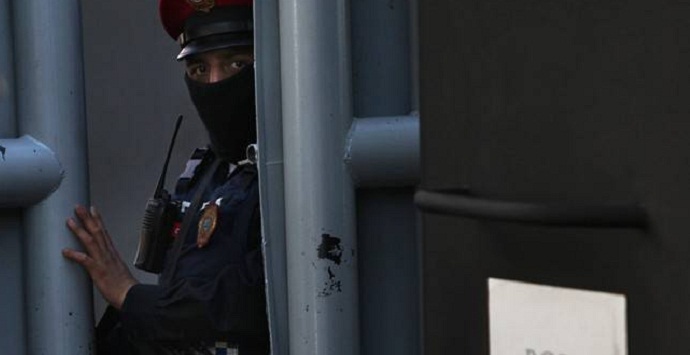 Mexico`s federal police have arrested a principle operator of a drug cartel in western Jalisco state that is the country`s fastest growing international criminal organization, its commissioner said Wednesday.

He is also being investigated for his "probable" involvement in a fierce cartel attack on Mexican forces in Jalisco May 1 that brought down an army helicopter.

The men were surprised by federal forces in the early morning in a town south of Guadalajara while they were drinking and playing soccer, Galindo said. They also confiscated five large-caliber weapons, four vehicles and a bag of powder resembling cocaine.

Though Galindo didn`t name the group, Jalisco is home to the Jalisco Cartel New Generation. He said Cazarin reported directly to cartel leaders.

In just a few years, New Generation has grown from being an offshoot of the Sinaloa cartel to one of Mexico`s strongest criminal groups, according to the U.S. Treasury Department, whose Office of Foreign Assets Control maintains a "black list" of drug trafficking organizations.

New Generation is mainly devoted to trafficking cocaine and methamphetamines. Working with an associated group known as Los Cuinis — a phonetic rendering of "The Queenies" — the cartel has a presence in at least eight of Mexico`s 31 states and connections in the U.S., Latin America, Africa, Europe and Asia, according to the treasury department.

A man with the name Victor Hugo Delgado Renteria, and the same appearance according to photos, was arrested near Guadalajara in 2013. Federal police did not respond to questions from The Associated Press about whether he is the same man arrested Wednesday, nor how Delgado, also described in 2013 as a New Generation cartel leader, came to be free after his 2013 arrest.