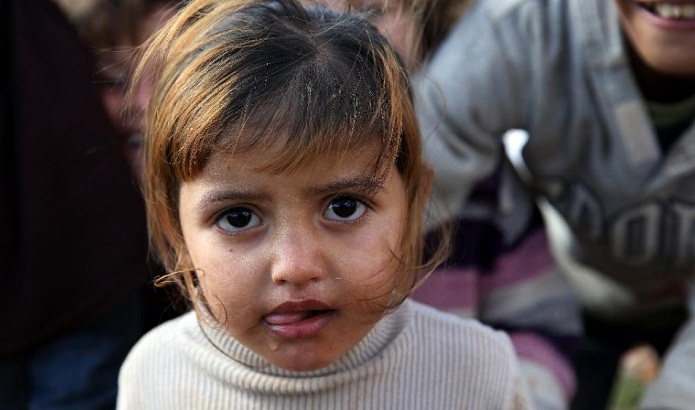 US lawmakers forged ahead Wednesday with efforts to freeze White House plans to resettle Syrian refugees after the Paris attacks, despite President Barack Obama`s veto threat.
Seizing upon fears one of the attackers may have entered Europe posing as a Syrian migrant, Republican leaders introduced legislation requiring assurances of more robust background checks and vetting before the White House can go ahead with its plan to welcome 10,000 refugees from the conflict in the coming year.

A vote on the measure, unveiled by House Homeland Security chairman Michael McCaul, could come Thursday.

"Given the lives at stake and the critical importance to our partners in the Middle East and Europe of American leadership in addressing the Syrian refugee crisis, if the President were presented with H.R. 4038, he would veto the bill," the White House said.

The measure is aimed at strengthening vetting procedures for Syrian as well as Iraqi refugees in the wake of Friday`s attacks that killed 129 people in Paris.

"I don`t think we can afford to play Russian roulette with our national security," McCaul said.

But the White House countered that the legislation would "introduce unnecessary and impractical requirements that would unacceptably hamper our efforts to assist some of the most vulnerable people in the world, many of whom are victims of terrorism, and would undermine our partners in the Middle East and Europe in addressing the Syrian refugee crisis."

Amid intensifying concern over extremists from the Islamic State group infiltrating the West, and as US lawmakers digest reports that several Paris attackers were French nationals, McCaul said lawmakers were also drafting legislation that would tighten the existing visa waiver program.

The program allows citizens of certain countries to travel to the United States without a visa.

Senator and Republican presidential hopeful Rand Paul, for one, called for a halt to the visa waiver program for travelers from countries including France.

Congress is under extraordinary pressure to act after at least 27 US state governors voiced opposition to taking in further Syrian refugees.

McCaul`s plan would require the director of the FBI, the Secretary of Homeland Security and the Director of National Intelligence to certify that each refugee is not a security threat.

House Speaker Paul Ryan backs the bill, telling colleagues that it would pause the refugee program until it was certain "beyond any doubt" that the new Syrian and Iraqi settlers do not pose a threat.

"Our first priority is to protect the American people," he said. "We can be compassionate, and we can also be safe."

Senator John McCain, a foreign policy hawk, said he supported a pause but offered a word of caution.

"I believe the overwhelming focus on the refugee program in recent days is misplaced," he said. "I especially encourage my fellow Republicans to recognize that refugees are not the problem -- they are the symptom of the problem."

The president has insisted the screening in place was enough to weed out jihadists and keep Americans safe, accusing Republicans of demonizing "widows and orphans."

Keeping it operating would promote American values, argued Obama, who has also accused Republicans of "hysteria."

"America can ensure our own security while welcoming refugees desperately seeking safety from ISIL," Obama said on Twitter, using an acronym for the Islamic State group.

Despite outreach efforts by the White House, some two dozen state governors have already refused to accept Syrians for fear that violent Islamist infiltrators are concealed among them.

Among them is Governor Mike Pence of Indiana, whose decision led to the re-routing of a Syrian family of three, officials said.

A non-governmental resettlement agency had planned to send the family, selected from a UN refugee camp in the Middle East and vetted by US security agencies, to start a new life in Indianapolis. But it has since re-directed them to Connecticut.

While the administration defended the checks carried out in refugee camps in Egypt, Jordan and Turkey -- vetting that typically takes 18 to 24 months -- CIA director John Brennan said it was important to intensify refugee scrutiny.

Brennan said he wanted to work with international partners "to see what we can do to strengthen that system that allows us to have as best insight as possible into the background of these individuals."

More than four million Syrians have fled their homeland since the war began.

Between October 1, 2011 and November 14 of this year, the United States admitted 2,159 Syrian refugees, according to the State Department.