UN approves `all necessary measures` to fight IS 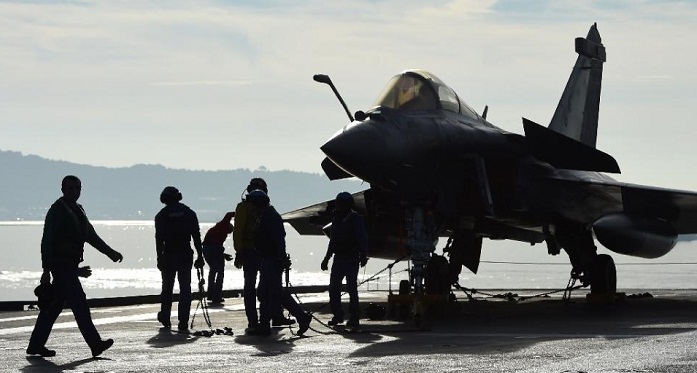 The UN Security Council on Friday authorized countries to "take all necessary measures" to fight the Islamic State group in a resolution that won unanimous backing a week after the Paris attacks.

The measure drafted by France calls on all UN member states to "redouble and coordinate their efforts to prevent and suppress terrorist attacks" committed by IS and other extremist groups linked to Al-Qaeda.

French President Francois Hollande welcomed the adoption, saying the resolution would "help mobilise nations to eliminate Daesh" (IS), which has claimed responsibility for the attacks that left 130 dead in Paris.

Foreign Minister Laurent Fabius said countries should now find concrete ways to shore up the fight, "either through military action, the search for political solutions or the battle against terrorist financing."

The resolution does not provide any legal basis for military action and does not invoke chapter seven of the UN charter that authorizes the use of force.

But French diplomats maintain that it will provide important international political support to the anti-IS campaign that has been ramped up since the attacks in Paris a week ago.
"This resolution is a powerful international recognition of the threat posed by ISIL," said British Ambassador Matthew Rycroft, who chairs the council this month.

The British envoy described it as a "call to action" to member-states to join in international efforts to defeat IS.

The measure calls on member states "that have the capacity to do so to take all necessary measures, in compliance with international law... on the territory under the control of ISIL, also known as Daesh, in Syria and Iraq."

Russia`s Ambassador Vitaly Churkin stressed that the resolution was a "political appeal" and did not "change the legal basis" for states confronting terrorism.

France`s bid for UN backing came after Russia submitted a revised text of a separate draft resolution that calls for fighting the IS group with Syria`s consent.

That draft has been rejected by the United States, Britain and France, which are refusing to cooperate with President Bashar al-Assad`s regime, whom they accuse of fomenting extremism by resorting to brutality.

Describing IS as a "global and unprecedented threat to international peace and security," the resolution calls for sanctions and urges countries to step up efforts to cut off the flow of foreign fighters to Iraq and Syria.

The 28-year-old ringleader of the Paris attacks, Abdelhamid Abaaoud, a Belgian of Moroccan origin, is believed to have traveled to Syria to join IS and be trained as an operative in Europe.

The resolution "unequivocally condemns in the strongest terms the horrifying terrorist attacks" in Paris and in Beirut, and also mentions violence in Tunisia, Turkey and Egypt this year.
France put forward the resolution on Thursday and sought quick approval from the 15-member council.

The vote came exactly a week after coordinated attacks claimed by IS targeted a packed concert hall, football stadium, bars and restaurants in Paris, killing 130 people and wounded hundreds.

Two weeks earlier, a Russian airliner was downed by a bomb, killing all 224 people on board, in a separate attack that IS claims was carried out using explosives packed in a can of Schweppes soft drink.

France has been pounding IS targets in Syria since September, invoking the right to self-defense contained in article 51 of the UN charter, but Russia began air strikes after receiving a request from Damascus for assistance.