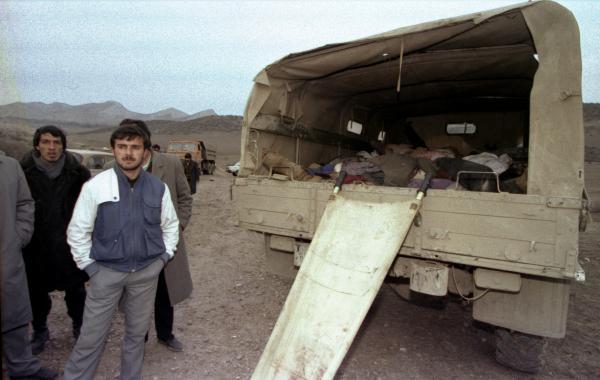 Azerbaijan’s Interior Ministry and Prosecutor General`s Office of Azerbaijan has made a joint statement on the armed incident in Baku’s Nardaran settlement Nov.26.

According to the statement, information received by the Interior Ministry about the gang, which operated under the guise of religion and planned to destabilize the situation, commit mass clashes and terror attacks in the republic was investigated and it was necessary to take urgent measures.

The investigation revealed that Taleh Baghirov, Elman Aghayev, Zulfugar Mikayilov and Abulfaz Bunyatov established the movement “Muslim unity” in order to forcibly change the constitutional order of the state and create a Sharia religious state. The above-mentioned persons have gathered their supporters from Baku and other regions of the country, provided them with various types of firearms, ammunition and explosives and created a criminal gang.