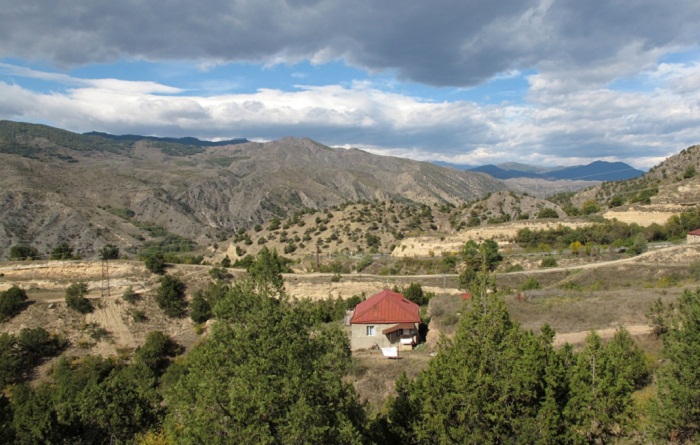 Twenty-four years have passed since the occupation of Azerbaijan`s Lachin region by Armenia.

On May 18, 1992, Armenian occupiers destroyed hundreds of cultural facilities, tens of settlements, villages and historical monuments and 63,341 Azerbaijani citizens were driven out their home lands as a result of the occupation. Lachin region includes 121 villages with a total space of 1,835 square kilometers. More than 300 servicemen and civilians were killed or missing during the occupation of the Lachin region. There are 8,950 buildings, 7 industrial and construction enterprises, 471 service facilities, 154 schools and hundreds of cultural and historical monuments left in the occupied lands.

On May 8, 1992, after the occupation of Shusha city of Azerbaijan, Armenian armed forces, having occupied settlements around Lachin, opened intensive artillery fire at the region`s center.

On a night from May 16 to 17, 1992, starting their occupation from the place named Turshsu (Shusha city) and Gor region of Armenia, Armenian armed forces occupied Lachin region. Majority of the enemy forces could get into the region through Lachin corridor.

At that time, the key part of the Azerbaijani Armed Forces withdrawn from Lachin and surrounding regions, were fighting the political confrontation in the capital city of the country. The Army taking part in the military demonstrations in Baku did not have a control over the positions in the frontline which resulted in the occupation of Lachin region of Azerbaijan following other regions.

The occupation of Lachin, region of great geostrategic significance, caused a serious blow to Azerbaijan`s economy.

The conflict between the two South Caucasus countries began in 1988 when Armenia made territorial claims against Azerbaijan. As a result of the ensuing war, in 1992 Armenian armed forces occupied 20 percent of Azerbaijan, including the Nagorno-Karabakh region and seven surrounding regions.

Armenia has not yet implemented the UN Security Council`s four resolutions on the liberation of the Nagorno-Karabakh and the surrounding regions.