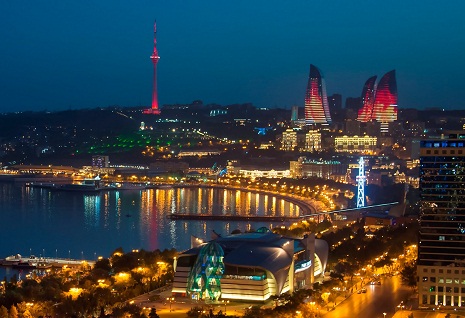 Prestigious U.S.-based newspaper New York Times has compiled a list of the world’s cities worth visiting in 2015.

Baku is also among the 52 cities, New York Times reports.

“Oil fuels an architecture and tourism boom” part of the publication is about Baku:

“Baku’s mix of ancient culture and Dubai-style extravagance is putting it on the tourist map at last. A second oil boom, the first was in the early 20th century, in the Azeri capital has brought enormous wealth to this city on the shores of the Caspian Sea, and with it, a new skyline. The government has recently been converting oil money into rich architectural projects that encircle the UNESCO-protected walled historical center.

Eye-catching additions include the Flame Towers, three tongue-shaped 600-foot-tall skyscrapers (one housing a Fairmont Hotel), flames dancing on their facades, and the undulating white waves of the Zaha Hadid-designed Heydar Aliyev Center. New luxury hotels include a Four Seasons, Hilton and Kempinski. This summer, the 33-floor sail-like Trump International Hotel & Baku Tower will join them and just in time for the very first European Games, a multi-sport Olympics-like event, taking place in June”.