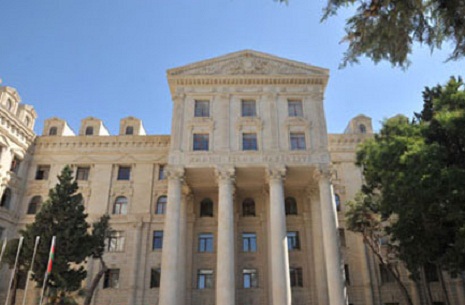 Three diplomatic offices and two honorary consulates of Azerbaijan opened abroad last year, the Foreign Affairs Ministry said in a press statement on the outcomes of 2014.
According the statement, Azerbaijan has expanded its diplomatic missions abroad in order to develop the bilateral relations.

The ministry said that Azerbaijan opened a diplomatic mission in the Federal Democratic Republic of Ethiopia and the African Union in 2014.

“The President of Azerbaijan Ilham Aliyev has signed a decree on establishment of an Embassy in the People`s Democratic Republic of Algeria”, the statement said.

Last year, Azerbaijan opened offices of the Embassies of Colombia, Malaysia, Sweden, Mexico, the United States, Croatia, Kingdom of Spain and Republic of Estonia, and honorary consulates in Slovenia and the Republic of Macedonia.