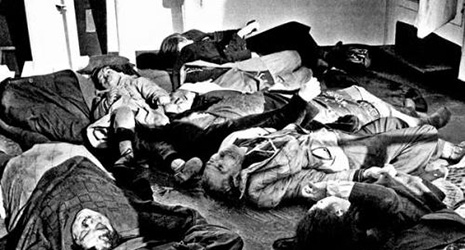 Khojaly Tragedy.....The 23rd anniversary of the worst atrocity in Europe since WWII
On the night of February 25-26, 1992, Armenian Armed Forces supported by the 366th motorized infantry regiment of the Russian army attacked the Azerbaijani town of Khojaly, torturing, killing and mutilating 613 civilians, including 106 women and 63 children. Over 2,000 Azerbaijani civilians went missing, were wounded or taken hostage by the Armenian forces.