The Ethics Of Pro-Armenian Genocidists 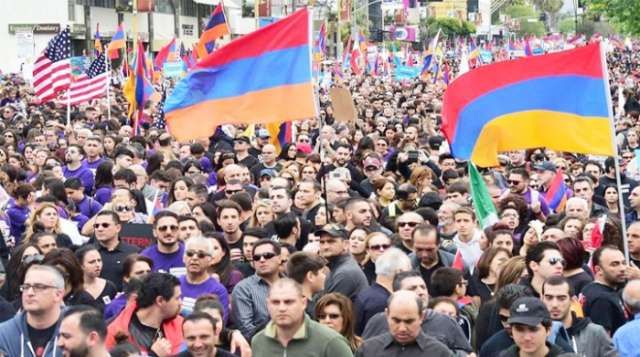 "To how many of our charlatans I could say, it isn't that I don't believe what you say, you don't believe it either, and the only reason you are saying it is to see if you can fool me and get away with it. Because that's how you measure your IQ: the more people you fool, the smarter you are."


Why do so many Armenians, and too many of their supporters, willingly engage in outright lying, regarding their genocide obsession? (This is a theme touched upon in an early TAT page, Armenian Scholars' Disregard for the Truth.

Before we continue, let’s keep in mind two factors. One is, as Alexandre Dumas wisely wrote, “All generalizations are dangerous, even this one.” Because so many Armenians lie when it comes to their genocide obsession, that does not mean all Armenians have a natural tendency to bend the truth. Of course; people are people everywhere, and there are some wonderful, honorable Armenians. (Yet, when it comes to the “genocide,” the honorable Armenians choose to remain quiet, and as we know from genocide-speak, “silence means compliance.” We will refer to this troubling point later.)

The second point is, even though there are too many Armenians who willingly lie for their cause, they still represent the minority of the Armenian people. Most Armenians who fling themselves into the genocide arena are irrationalists who deeply believe in their genocide myth. Here, it would be helpful to note what James Morgan Read wrote in “Atrocity Propaganda, 1914-19 (1941, p. 187): "Lying is an act of conscious deception. Much of British atrocity propaganda was unconscious deception built upon erroneous reports and impressions." Most of the Armenian rank-and-file, taught to hate Turks by their parents, churches and teachers (given genocide indoctrination from an early age, in order to develop soldiers for Hai Tahd, the Armenian Cause), are simply too brainwashed and are immersed in genocide-mania to a religious extent. (Armenian propaganda, in yet another example of Armenians doing the crime and blaming Turks for the same, tells us it is the Turks who are brainwashed; but even Fatma Muge Gocek revealed that Turkish schools avoided the genocide topic, and many Turks have gotten their first exposure to this madness once they had moved away from Turkey, and were blasted by the Armenians’ version of events in nations such as the USA and France.) In short: Most Armenian believers who perpetuate their genocide tale engage in “unconscious deception,” since they believe in their genocide as a God-substitute. By contrast, we must believe nearly all Armenian professors who specialize in the field know the real truth and work at “conscious deception,” that is, “lying.”

This, the professors and other educated Armenians feel, is the patriotic thing to do; many of these “scholars” are Dashnak-oriented, and this terrorist group has always followed an end-justifies-the-means strategy. The fanatical Dashnaks today enjoy a stranglehold over the worldwide Armenian diaspora, and the Republic of Armenia.

The genocide scholars are an altogether different can of worms. Hardly any specialize in history, and the few who do have forgotten the rules of honest history. Wealthy Armenians have cleverly made certain to support the hypocritical genocide institutions, and many genocide scholars (those mostly into the Holocaust) don’t know a thing about the Armenian episode other than the Armenian genocide propaganda they have read. Genocide is their religion, as long as the genocides have been politically selected, and whether these folks are consciously or unconsciously deceiving (surely there are examples of both varieties), one thing is for sure: the term “genocide scholar” is a misnomer, since those who begin their theses with the conclusion first, and who study only one side of a story, have nothing to do with scholarship, and everything to do with propaganda.