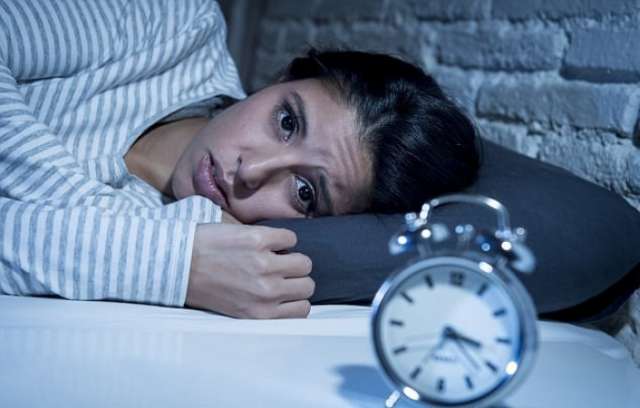 Sleep disturbance in young adults who are at risk of suicide are a warning sign of worsening suicidal thoughts, according to new research from Stanford University, AzVision.az reports citing the Independent.

These findings held true regardless of the study participants’ current levels of depression.

The researchers examined sleep objectively, using sleep-tracking devices, and subjectively, using sleep diaries and records of suicidal thoughts. A group of 50 undergraduate students was selected for the study on the basis that they had recent suicidal thoughts or a history of suicide attempts. The students’ sleep was monitored for seven days continuously. They were also asked to complete a questionnaire – at the beginning, middle (day seven) and end of the study (day 21) – that asked them about the severity of suicidal thoughts, depression, insomnia, nightmares and alcohol use. The researchers found that changes in when the students went to sleep and when they woke up predicted suicidal thoughts, as did increased symptoms of insomnia and nightmares.

It has long been known that poor sleep, in general, and insomnia, in particular, are associated with a wide variety of mental health conditions. As research in the area advanced it became clear that this relationship was not just an association but rather that insomnia posed a significant risk for the development of many mental-health problems, most notably depression.

Over the past 10 to 15 years, researchers have widened the scope of sleep and mental health research to investigate the relationship between poor sleep – including insomnia – and an increased risk of suicide. Within this framework various research groups around the world began to examine whether poor sleep was related to increased suicidal thoughts but also whether a person who sleeps poorly is more likely to attempt, or complete, suicide or not.

It soon became clear that a strong association between poor sleep and suicide existed and that the severity and duration of insomnia symptoms and nightmares were associated with increased suicidal thoughts. Especially interesting is that in almost all these studies the relationship between poor sleep and suicide existed independently of a diagnosis of depression or the number of depressive symptoms experienced, as in the current study. But, as most of this previous research was based on self-reported symptoms (of both sleep problems and suicidal thoughts), it was unclear whether the relationship between poor sleep and suicide was based on how the person actually slept or how they felt they had slept – two surprisingly different concepts. The fact that the Stanford researchers objectively measured sleep is a particular strength of their study.

But the reasons for the relationship between poor sleep and suicide have yet to be determined. However, there are three avenues of research which, although still in their infancy, may shed light on why poor sleep is so strongly related to suicide. One, there are significant overlaps between brain circuits that are involved in both emotion regulation and sleep. As such, if sleep is disrupted the likelihood is that mood will also be disrupted, and vice versa. Two, there may be changes in the structure of sleep itself, as a result of poor sleep and insomnia, which makes us more vulnerable to a variety of mood disturbances, including suicidal thoughts. And, three, the daytime fatigue, caused by poor sleep, affects our ability to think and act rationally.

As yet, we simply don’t know what underscores the relationship between poor sleep and suicide but, with these avenues in mind, a preventative strategy for suicide is definitely getting closer. And the likelihood is that it will involve the management of sleep.