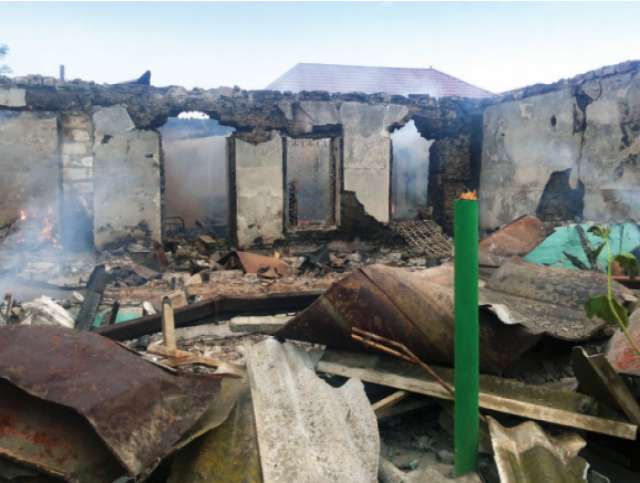 For more than 20 years the Republic of Armenia has kept the internationally recognized
territories of the Republic of Azerbaijan under occupation. The OSCE Minsk Group’s numerous proposals for peaceful settlement of the conflict have, so far, been unsuccessful because of Armenia’s unconstructive position and its attempts to perpetuate the status-quo.
At different times the aggressor country has tried to avoid peace negotiations by artificially escalating the situation and violating the ceasefire regime. To this end, the Armenian army has intensified armed provocations in the occupied territories,targeting Azerbaijani residential settlements and the civil population.

On April 2-5 and 27-28 alone, Azerbaijani civilians were killed and wounded, and houses, public buildings, roads, power, water, and gas, communication lines and installations, as well as cultivated areas were destroyed, and cattle were killed as a result of the Armenian army’s intensive firing – from artillery, mortars, and large-caliber guns – on residential areas in Azerbaijan’s Tartar, Goranboy, Aghdam, Fuzuli and Aghjabadi districts, which are located close to the line of contact.

Here are the facts related to the Armenian armed provocations registered during the month of April 2016.

• 6 civilians were killed
• 33 civilians were wounded
• 577 buildings, including 532 houses which were seriously damaged
– 31 houses were completely destroyed
– 57 houses became unfit to live in