Should we worry about Wi-Fi radiation? 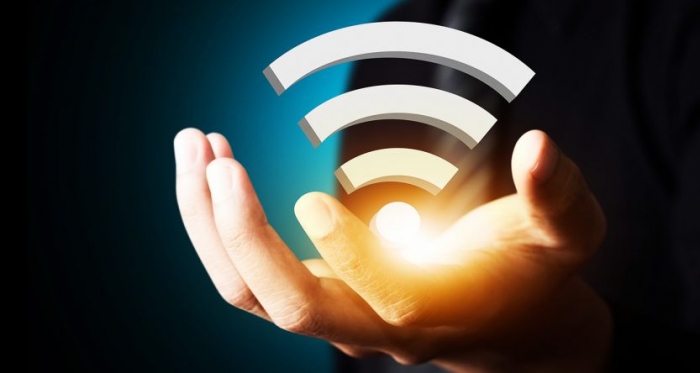 At home and at work, dozens of wireless networks are streaming invisible radio waves through your space and body. (So are the phones, computers, Bluetooth speakers and other devices that connect to them.) It’s logical to wonder—and worry—about what effect all that wireless energy might have on your health, AzVision.az reports citing Time.

But while the volume and ubiquity of wireless devices is a new phenomenon, the kind of radiation they produce has been the subject of scientific scrutiny for decades, says John Moulder, professor emeritus of radiation oncology at the Medical College of Wisconsin.

In 2013, Moulder coauthored a review of the existing health research on Wi-Fi. Like your mobile phone, Wi-Fi routers send and receive information using radio waves, which are a form of electromagnetic radiation, he says.

The research on radio waves and human health goes back at least to the 1950s, when there were concerns about Navy servicemen being exposed to powerful shipboard radar. “We have 50 or 60 years of research into the kind of radiation associated with Wi-Fi,” Moulder says.

All that research has taught us that at high frequencies, electromagnetic radiation can promote tumor growth and cancer. The sun’s ultraviolet rays and their links to skin cancer are one example. Even at lower frequencies, very high levels of electromagnetic radiation exposure can hurt you. “But we’re talking skin burns, not cancer or tumors,” says Kenneth Foster, a professor of bioengineering at the University of Pennsylvania.

Foster was Moulder’s coauthor on that 2013 review of Wi-Fi’s health effects. He says that, based on our current understanding of radio wave strengths and risks, world health authorities have set safety standards for all devices and appliances that emit electromagnetic radiation—from phones and microwaves to your car’s keyless entry fob. “The exposure you get from your Wi-Fi router is orders and orders of magnitude below those safety limits,” he explains.

Asked for specifics, Foster says it helps to understand how Wi-Fi works. While most people assume their wireless router is constantly sending and receiving information, Foster says these devices actually transmit just 0.1% of the time. “Maybe that goes up somewhat if you’re streaming video,” he says, “but most of the time your router is just sitting idly waiting for something to happen.”

Also, every inch you put between yourself and your Wi-Fi router significantly lowers the strength of the radiation your body encounters. “Put it this way,” Foster says. “During a call, your mobile phone is transmitting steadily at a strength maybe 100 times more powerful than Wi-Fi, and you’re holding the phone right against your head, and we still don’t find any health issues with that level of exposure.”

That may be true today. But some experts have grave concerns about the types of low-intensity radiation our wireless devices produce. “We have animal studies suggesting even low-level exposures to the kind of radio wave radiation associated with Wi-Fi could have a variety of negative health effects,” says Joel Moskowitz, director of the Center for Family and Community Health at the University of California, Berkeley.

He mentions neurodevelopmental issues, cancer, and reproductive harm—in both men and women—as some of those potential health concerns, especially for pregnant women and young children.

The World Health Organization and the International Agency for Research on Cancer have classified mobile phones as a “possible carcinogen,” which means there’s currently not enough research to say whether either causes cancer.

Earlier this year, a rodent study found heavy exposures to cell phone radiation increased rats’ risks for some brain and heart tumors. More rodent research has tied high levels of Wi-Fi and cell exposure to hormonal shifts and oxidative stress—the kind of shifts that could promote cancer or brain diseases.

But many of these animal studies are “all over the place” in terms of their design quality, Foster says. Animal research often does not translate to humans. Also, many of the most worrying experiments involved rodents that had been exposed to levels of radiation far greater than what people encounter when using mobile phones or wireless networks.

Moskowitz doesn’t disagree with Moulder. But he says the amount of radio wave radiation people—and especially children—are exposed to today is different, and this raises new concerns. When it comes to our long-term, cumulative exposures to all our wireless networks and gadgets, “we’re basically flying blind,” he says.

Of course, trying to avoid radio wave exposure is more or less impossible if you live in modern society. Moskowitz advises keeping wireless devices away from your body and turning off wireless networks when they're not in use. While any health risks are still theoretical, “I think trying to minimize exposure is the best advice at this point,” Moskowitz adds.