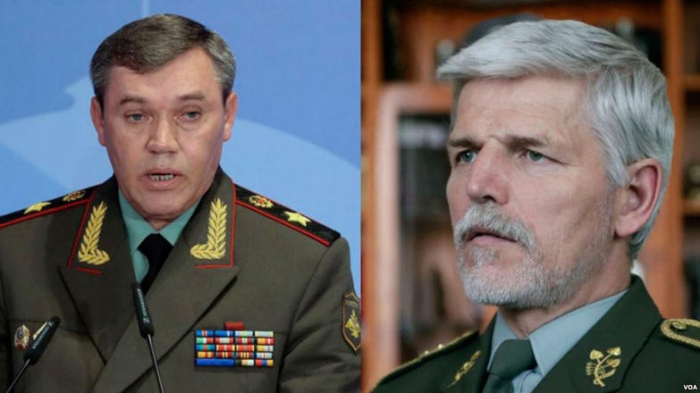 General Petr Pavel, Chairman of the NATO Military Committee and General Valery Gerasimov, Chief of the General Staff of the Armed Forces of the Russian Federation and First Deputy Minister of Defense, will hold a meeting in Baku, Azerbaijan on Thursday, read a communiqué issued by the Alliance.

“This will be the first meeting since NATO decided to freeze relations with Russia,” said the communiqué.

“General Petr Pavel and General Valery Gerasimov will hold a meeting in Azerbaijan’s capital on Thursday. This meeting will be a continuation of the telephone conversation between the two generals, which took place on March 3, 2017,” the document said.

On February 16, 2017, Baku hosted a historic meeting between Valery Gerasimov, Chief of the General Staff of the Russian Armed Forces and Joseph Francis Dunford, Chairman of the Joint Committee of the US Joint Chiefs of Staff.