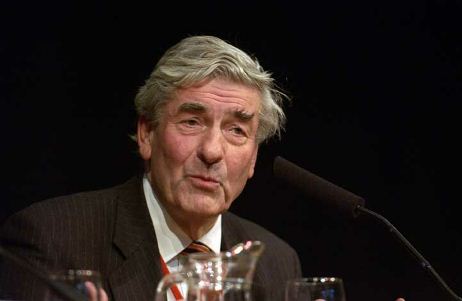 Some 22 US nuclear weapons are stored on Dutch territory, the ex-PM of the Netherlands, Ruud Lubbers, says.
Mr Lubbers, prime minister from 1982-94, said they were stored underground in strong-rooms at the Volkel air base in Brabant, Dutch media report.

He made the revelation in a documentary for National Geographic - saying: "I would never have thought those silly things would still be there in 2013."

The presence of nuclear weapons on Dutch soil has long been rumoured.

However, Mr Lubbers is believed to be the most senior person to confirm their existence.

"I think they are an absolutely pointless part of a tradition in military thinking," Mr Lubbers said.

Experts say that the weapons held at Volkel were B61 bombs - developed in the US in the 1960s.

The Dutch broadcaster NOS quoted a spokesman for the Royal Dutch Air Force saying these issues "are never spoken of".

"He, as former prime minister, knows that well," he added.