Armenian aggression against Azerbaijan - Historical and political background - I article 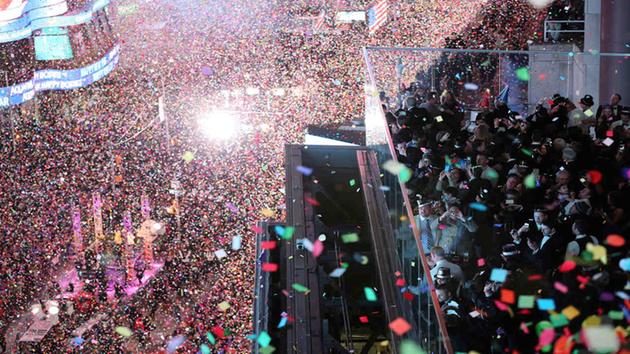 The Nagorno-Karabakh region of the Republic of Azerbaijan is part of the geographical area called Garabagh (Qarabağ). The name of this part of the country consists of two Azerbaijani words: “qara” (black) and “bağ” (garden). This area covers the lands from the Araz River in the south to the Kur River in the north, and from junction of the Kur and Araz Rivers in the east to the eastern ranges of the Lesser Caucasus in the west.

From ancient times up to the occupation by Russians in the early 19th century, this region was part of different Azerbaijani States. On 14 May 1805, the Treaty of Kurakchay between Ibrahim Khan, Khan of Karabakh, and Tsitsianov, representative of the Russian Emperor, was signed. According to this treaty, the Karabakh khanate came under the Russian rule.

After the signing of the Gulustan and Turkmanchay treaties a very rapid mass resettlement of the Armenians in the Azerbaijani lands and the subsequent artificial territorial division took place. The First World War also contributed to the increase in the number of Armenians in the South Caucasus. From 1828 to 1911 alone, more than 1,000,000 Armenians were resettled by Russia from Iran and Turkey in the region, including the Azerbaijani territories, and 350,000 Armenians appeared there in 1914-1916.

Within the Russian Empire, the territory once belonging to Azerbaijan was split under a number of laws among different administrative divisions. According to the most final administrative divisions, Azerbaijan was split among the Baku, Elizavetpol and Iravan provinces, and Zagatala okrug. The Elizavetpol province included, inter alia, the area presently under the Armenian military occupation.

Between 1905 and 1907 the Armenians carried out a series of large-scale bloody actions against the Azerbaijanis. The atrocities began in Baku and then extended over the whole of Azerbaijan and Azerbaijani villages in the territory of present-day Armenia. Hundreds of settlements were destroyed and wiped from the face of the earth, and thousands of civilians were barbarically killed.

Taking advantage of the situation following the First World War and the February and October 1917 revolutions in Russia, the Armenians began to pursue the implementation of their plans under the banner of Bolshevism. Thus, under the watchword of combating counter-revolutionary elements, in March 1918 the Baku commune began to implement a plan aimed at eliminating the Azerbaijanis from the whole of the Baku province. Apart from Baku, solely because of their ethnic affiliation, the thousands of Azerbaijanis were annihilated also in the Shirvan, Karabakh, Zangazur, Nakhchyvan, Lankaran and other regions of Azerbaijan. In these areas, the civilian population was exterminated en masse, villages were burned and national cultural monuments were destroyed and obliterated.

On 28 May 1918, the Azerbaijan Democratic Republic (ADR) was proclaimed. On the same date, the Republic of Armenia was established. Article 1 of the Declaration of Independence of the ADR provided that “Starting from this day the people of Azerbaijan will have their sovereign rights. Azerbaijan that consists of Eastern and Southern Transcaucasia shall be legal independent State”.
On April 1919, Allied Powers recognized temporary Karabakh General-Governship, which was established by ADR on January 1919 and consisted of Shusha, Javanshir, Jabrayil and Zangazur uezds (uezd – administrative-territorial unit of the Russian Empire, which was applied in the ADR and Azerbaijan SSR until the late 1920s) with the center in Shusha town, to be under Azerbaijani jurisdiction and Khosrov bay Sultanov as its governor. In 1919, the Armenian National Assembly of Nagorno-Karabakh recognized officially the authority of Azerbaijan.

On 28 April 1920, the Soviet Socialist Republic of Azerbaijan (hereinafter – Azerbaijan SSR) was established. The facts illustrate that over the 70-years of the Soviet rule the Armenians succeeded in expanding their territory at the expense of Azerbaijan and expelling the Azerbaijanis from their historical lands. During this period, the aforementioned policy was implemented systematically and methodically. As a result, the territory of Azerbaijan, which in 1918-1920 constituted 114.000 sq.km, was reduced to 86.600 sq.km during the Soviet rule.

On 30 November 1920, the western part of the Zangazur uezd was included in Armenia. As a result, the Nakhchyvan region was cut off from the main body of Azerbaijan and became an exclave.

On 13 October 1921, the Treaty of Friendship between the Armenian SSR, Azerbaijan SSR and Georgian SSR, on the one hand, and Turkey, on the other, was concluded in Kars with the participation of the Russian Soviet Federative Socialist Republic. In Article 5 of the Treaty the Governments of Turkey, Armenia, and Azerbaijan expressed their consent that “the Nakhchyvan oblast […] forms an autonomous territory under the protection of Azerbaijan”.

From 12 March 1922 to 5 December 1936 Azerbaijan was a part of the Transcaucasian Soviet Federative Socialist Republics (hereinafter – TSFSR). Until the admission of Azerbaijan into the TSFSR, Basarkechar region of New-Bayazid uezd of the Russian Empire borders and 2/3 of Sharur-Daralayaz uezd were already included in Armenia. After the admission of Azerbaijan into the TSFSR a considerable portion of Gazakh uezd, a number of villages from Jabrayil uezd and the Autonomous Soviet Socialist Republic of Nakhchyvan (hereinafter – Nakhchyvan ASSR) were included in Armenia.

On the pretext of resettling the Armenians coming from abroad, the Council of Ministers of the USSR adopted on 23 December 1947 and 10 March 1948 special decisions on the resettlement of collective farm workers and the other Azerbaijani population from the Armenian SSR to the Kur-Araz lowlands in the Azerbaijan SSR. Under these decisions, during the period between 1948 and 1953 more than 100,000 Azerbaijanis were forcibly resettled from their historical homelands – the mountainous regions of Armenia – to the then waterless steppes of Mughan and the Mil plateau.
Shortly after the assertion of claims on Nagorny Karabakh at the end of 1980s, the remaining more than 200,000 Azerbaijanis were forcibly deported from Armenia.