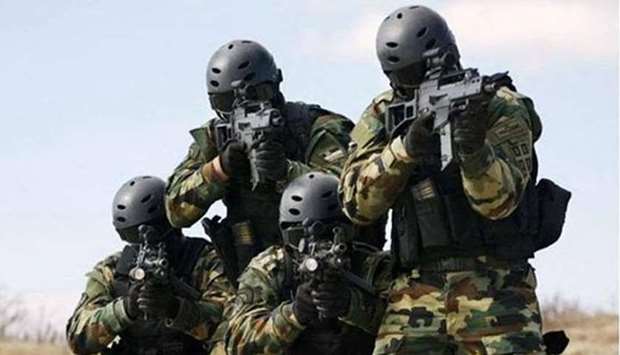 Prva TV said it received confirmation that the four have been detained for attempting to film the building of the Old (Army) General Staff in Belgrade using a drone, AzVision.az reports citing foreign media.

The Ministry of Defense (MoD) told the broadcaster that unauthorized filming had taken place, and that the persons detained have been turned over to the police, who are now, along with the prosecution, in charge of the case.

Later in the day, Defense Minister Aleksandar Vulin said that members of Military Police on Sunday and Monday detained a total of eight foreign nationals.

They have been arrested for unauthorized attempts to make video footage or enter military facilities, that are strictly off-limits to civilians.

"Relevant services are working to shed light on all these goings on, and once we have made appropriate conclusions, we will inform the public," Vulin said.

"I don't wish to assign greater importance to this than it has, but I must say I don't believe in coincidences - so many foreign citizens and such a large number of intrusions or attempted intrusions into the premises controlled by the Serbian Army has not been registered in a long time," he said.