UK criticized for selling Navy flagship to Brazil for £84mn 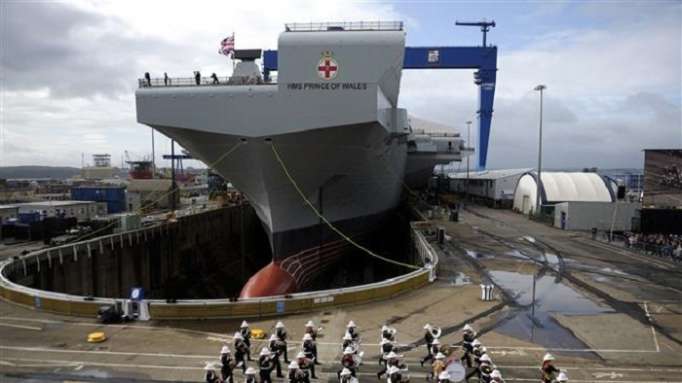 The government of British Prime Minister Theresa May has come under fire for selling the Royal Navy’s flagship HMS Ocean to Brazil, Press Tv reported.

Announcing the £84 million ($117mn) deal on Monday, the British Ministry of Defense (MoD) said that HMS Ocean, an amphibious assault ship and helicopter carrier commissioned in late 1990s, would undergo modifications by weapons manufacturer BAE Systems before being handed over to the South American country in June.

The news did not go down well with some Members of Parliament (MPs), who thought the deal was only going to further shrink the country’s naval prowess.

He also warned that selling the HMS Ocean would weaken the UK Navy because “we lose littoral helicopter carrier capability and lose one third of our amphibious ships.”

The move, he said, would also lead to loss of jobs in Devonport naval base, where the largest naval base in Western Europe and the only nuclear repair and refueling facility for the Royal Navy.

Pollard argued that the deal further revealed the extent of the Conservative government’s military cuts and their impacts on British forces.

“It is a sad day for Devonport as we lose yet another warship to Conservative defense cuts. We now have to redouble efforts to make sure Ministers don’t also sell our two remaining amphibious warships HMS Albion and HMS Bulwark and cut the Royal Marines,” he said on Twitter.

HMS Ocean was due to be decommissioned later this year and clear the path for the aircraft carrier HMS Queen Elizabeth as the new flagship.

Money coming from the 22,000-ton vessel’s sale would be used to fill a huge funding black hole in the UK military 10-year plan to spend £178 billion ($237 billion) on new military gear.

The plan requires the MoD to save £7.3 billion ($10bn) by selling off various properties and other efficiency measures.

According to a January report the national spending watchdog, the existing gap could possibly balloon to £21 billion ($29bn) should price rises occur and cost-saving targets not be achieved.