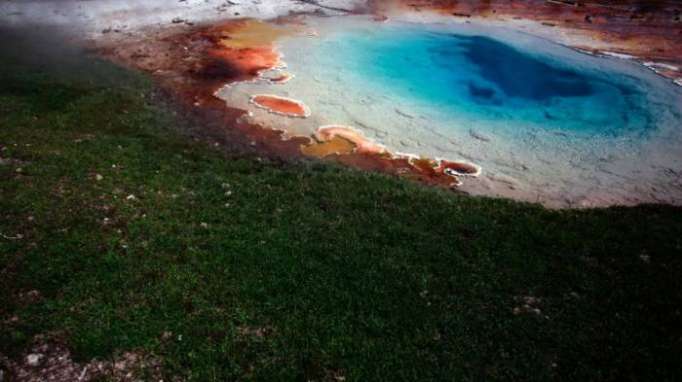 A swarm of more than 200 earthquakes struck Yellowstone National Park over the past two weeks, but that probably doesn't mean the "big one" is coming anytime soon, according to geologists from the park.

The 200 temblors began on Feb. 8 and ramped up on Feb. 15 in an area about 8 miles (13 kilometers) northeast of West Yellowstone, Montana, according to the U.S. Geological Survey (USGS). In reality, many more tiny quakes hit the region but were simply too small for seismometers to pick them up, according to the USGS.

But while the swarm is bigger than the everyday seismicity in the park, it's not a sign of a major quake, said Michael Poland, scientist-in-charge of the USGS Yellowstone Volcano Observatory in Vancouver, Washington.

"This is what Yellowstone does; this is Yellowstone being Yellowstone," Poland told Live Science. "It experiences swarms all the time."

In fact, the same area saw an even bigger swarm between June and September of 2017, when 2,400 temblors hit the same approximate region. The current swarm may actually be the continuation of that earlier swarm, Poland said.

An earthquake swarm is usually defined as a higher-than-average number of earthquakes striking an area over a relatively short period of time, typically without a single main shock, according to the University of Utah Seismograph Stations, which measure seismic activity in Yellowstone National Park. These swarms occur when stress levels shift along smaller faults in an earthquake region, according to the USGS.

Swarms typically have two ultimate causes: shifting at major tectonic plates; or movements of water, gas or magma under the surface. As the abundance of hot springs and mud pots reveals, Yellowstone has plenty of fluid and gas just beneath the ground's surface. Yellowstone is also in a region that is being stretched and pulled apart, according to the USGS.

As a result, small quakes are the norm in Yellowstone, which is typically hit by 1,000 to 3,000 quakes a year, according to the National Park Service. The biggest quake on record there was the magnitude-7.3 Hebgen Lake quake, in 1959.

What does it mean?

So does the new earthquake swarm mean that Yellowstone is at greater risk for "the big one?" Probably not. Scientists still don't know exactly how swarms up the odds of major quakes, but a region's seismic history can provide some clues, Poland said.

In this instance, the area, which is near Norris Geyser Basin, is usually extra "swarmy," he added.

"This particular area, especially, is a hotbed of swarm seismicity, and it has been for quite a while," Poland told Live Science. What's more, the biggest shaking recorded in this swarm topped out at magnitude 2.9, which isn't particularly strong. In contrast, the swarm last summer had quakes as strong as magnitude 4.4, according to the USGS.

The new swarm isn't quite business as usual, but it's close, he added. And it may be a response to decades-old seismic activity.

"One of the potential explanations for why this area is so swarmy is that the whole crust in the area is still adjusting to the big earthquake in 1959," Poland said.

Big one is possible

That said, a large earthquake is an underappreciated risk at Yellowstone, Poland said. Aside from the 1959 quake, a magnitude-6.1 quake struck the Yellowstone region in 1975, according to the University of Utah Seismograph Stations.

"People tend to focus on the possibility of a huge eruption, which is vanishingly small," but magnitude-7 earthquakes could happen comparatively more often, Poland said.

"When they do happen, they're going to shake the region pretty severely, so people should be prepared for that," Poland said.

If the Yellowstone supervolcano were to blow, and if the eruption resembled the big ones that occurred hundreds of thousands of years ago, the resulting far-flung ash spewing out could devastate the United States, Live Science previously reported.